I arrived on Eigg in the afternoon having travelled for close to seventeen hours from my home in south London.  I received a warm welcome from Lucy who drove me in her electric buggy to Sweeny’s Bothy and dropped me off.  It was only after I had unpacked and begun to settle in that I realised it was technically ‘night-time’ but that it was not in the least bit dark outside.

When applying for the residency, I had planned to make work that I could project onto the Bothy or surrounding hills and trees.  On that first evening I stayed up waiting until it got dark so that I could carry out some tests, however, it got to 10.30pm and the sun was still high in the sky.  I waited until midnight, only to discover that it just didn’t get dark.  Darker, yes – but more like dusk, not dark-enough-to-see-the-stars dark.  It was an unexpected experience and something I have never been fortunate enough to witness before, but of course something I should have realised would be the case if you go to Northern Scotland in Midsummer.  Without a ‘night-time’ to draw a clear line between the end of one day and the next, the following morning didn’t really feel like the start of a new day.  In fact, the whole residency felt a bit like one really long, dreamy day. 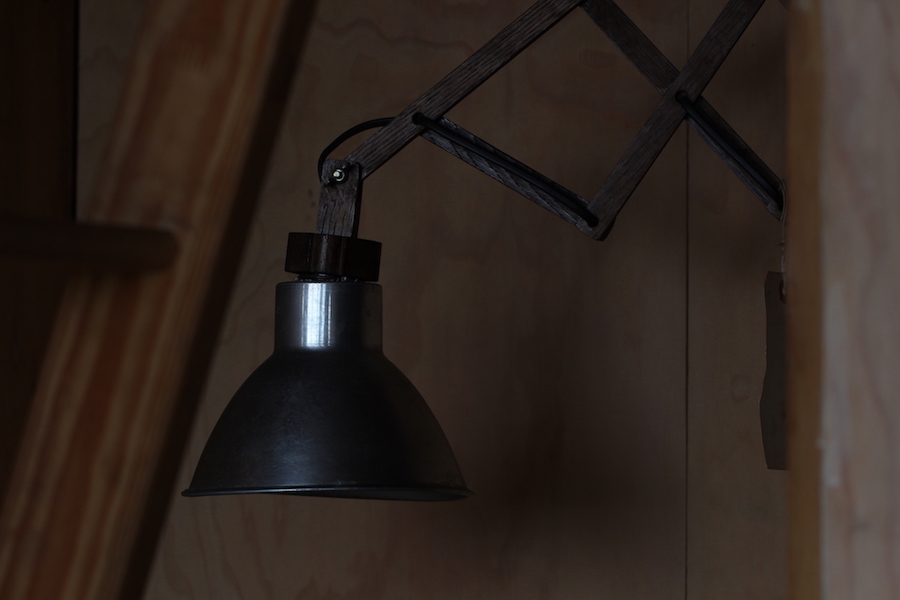 Sweeney’s Bothy was more remote than I was expecting, but I soon began to feel at home.  It is a space that forces you to go outside and interact with the elements in all weathers with the huge windows and an outside toilet and shower, but it also manages to be cosy and welcoming to come back to.  Having no phone signal or Wi-Fi felt very liberating and allowed inspiration for my work to come from the books inside the Bothy (work by Nan Shepherd, Camille Dressler, Alastair McIntosh and John Chester), the nature outside and from inside my head (minus the usual distractions).  A power cut due to work on the Island’s electricity grid from the first Monday to Wednesday also rendered my laptop, iPad, phone and camera as useless tools to make any work on either – so I was forced to go fully analogue, for a few days at least. 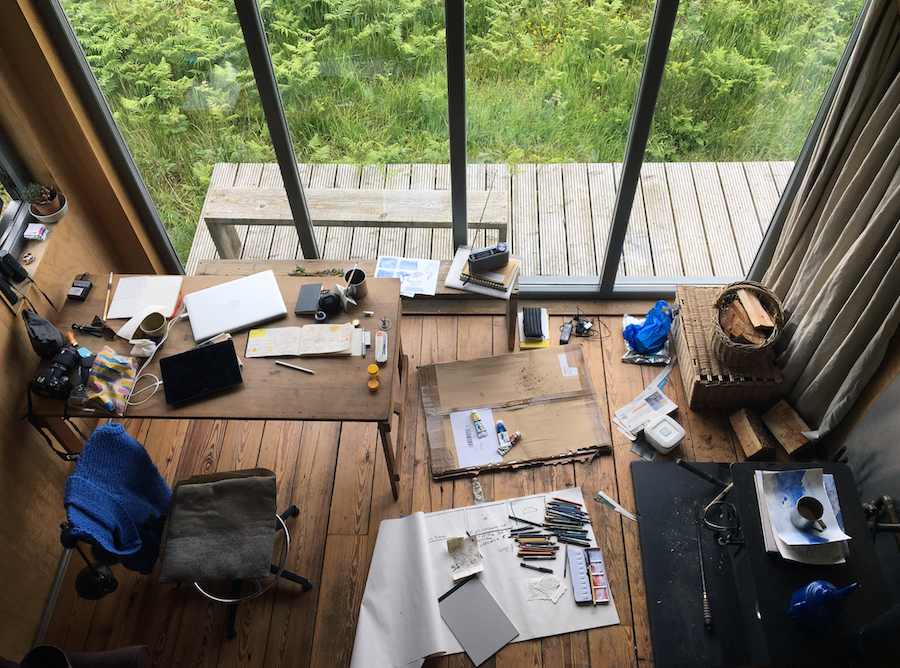 The long sunny days and lack of connection and electricity pushed my work in a new and unexpected direction.  I read, wrote, drew, whittled wood and began experimenting with the few sheets of cyanotype paper I had bought along with me.  Cyanotype is a photographic printing process that produces a blue cyan-blue print and requires only sunlight and water – two things I definitely had access to.  Creating a print felt like a collaboration with the elements and I certainly didn’t have total control over the end result.  Bright sun would cast strong shadows, an overcast sky might not create any, the wind may be calm, or it might blow the objects used to create the imagery around, rain would set the paper before I was ready and salty sea water turns the imagery from blue to red.  It was a satisfying medium to work with to create still imagery but a potentially ridiculous process to try and use to make an animated film.  Animation requires 12 images for every second of film and such a procedure wouldn’t allow you to play back any of the frames you had created until later in the process. 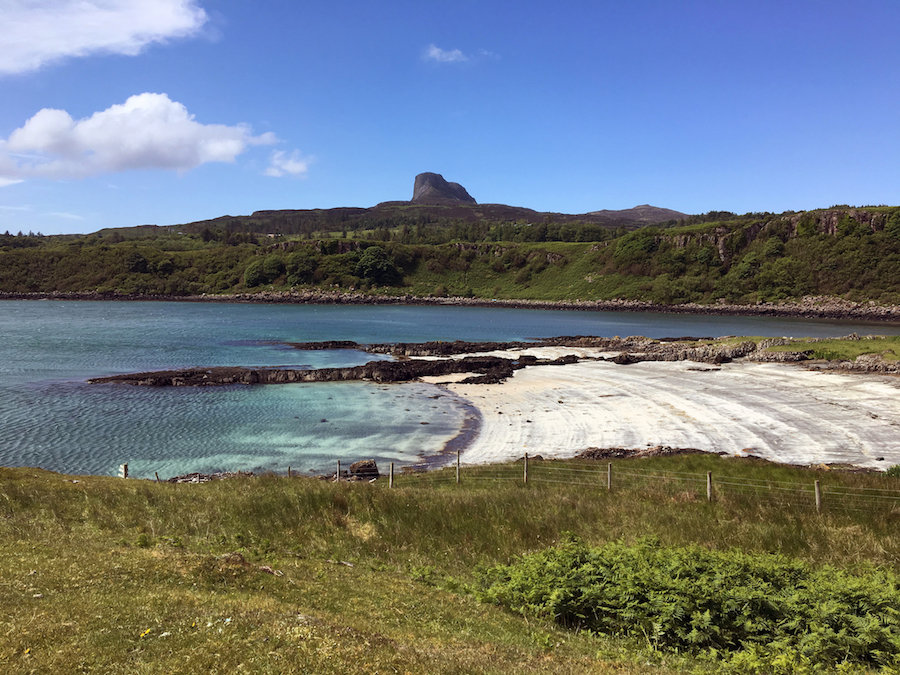 As I began to develop ideas for a film, I wanted to find out everything I could about the island – to meet as many Islanders as possible, to explore the land by foot and to learn about the nature, history and the myths that surround it.  I went on the organised Wildlife Walk and discovered the names of Island plants, went on the Seashore Nature Walk and watched seals and found nests full of eggs, climbed An Sgùrr and the huge hills behind Sweeney’s Bothy, visited the singing sands, swam in the sea, drank in the pub and danced at the 22nd anniversary cèilidh, read the history books, watched the news footage of how the island became community-owned, learned about the geology, visited the museum and interviewed Camille, Lucy, Norah and Celia about their favourite myths about the island. 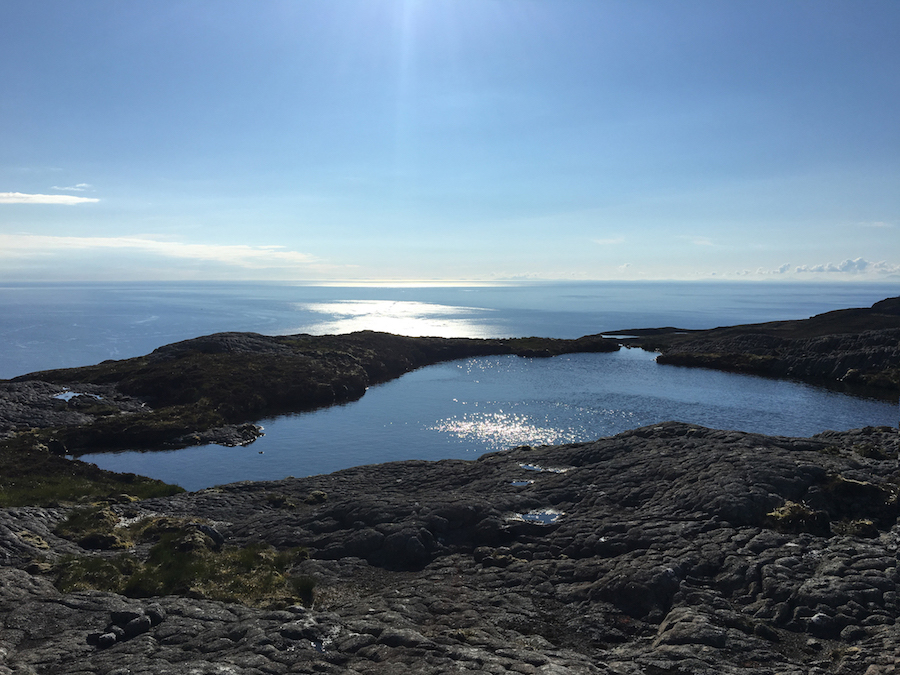 Fully lost in the world of Eigg, I began storyboarding and creating an animatic that tied together some of the current facts about the island with the myths, the history and the geology.  I wove together stories about the Pictish communities and the Celts, the loch of the Big Women, the transition from a matriarchal  to a patriarchal society, the giant’s footstep, the selkies and Massacre Cave, the renewable energy and the connection to nature.  As I moved on to designing the look of the film, I kept coming back to cyanotype printing process as it felt like the most fitting medium to explore such a theme.

So I left the residency ready to start work on a new film.  Now, back in London, the work I began on Eigg is still keeping me away from my computer and forcing me out into the elements.