Bothy Stores have hosted a series of events over 2016 that engage with the designers, their ideas and influences, as they develop their projects. For the third Bothy Stores Workshop, on Sunday the 23rd of October, artist Laura Aldridge, and designer Beca Lipscombe, invited two women who inspired the products they have developed for Bothy Stores’ Pioneers.

Laura Aldridge and Beca Lipscombe have been working on two Bothy Stores products that respond to the need for protection whilst within and around Pig Rock Bothy. Laura has considered the need to protect yourself and your working space. She has developed two textile designs that play with mark-making through means of production and reproduction, and developed these into an apron and tablecloth.

Beca Lipscombe has explored the role women play in situations of protest, activity and action. Lipscombe considers how appearance can help strengthen resolve in these environments, and that clothes and make-up are sophisticated tools for empowerment and pleasure.  She has developed a cagoule that unites both aesthetics and functionality – Protection against the elements whilst relishing ones femininity. 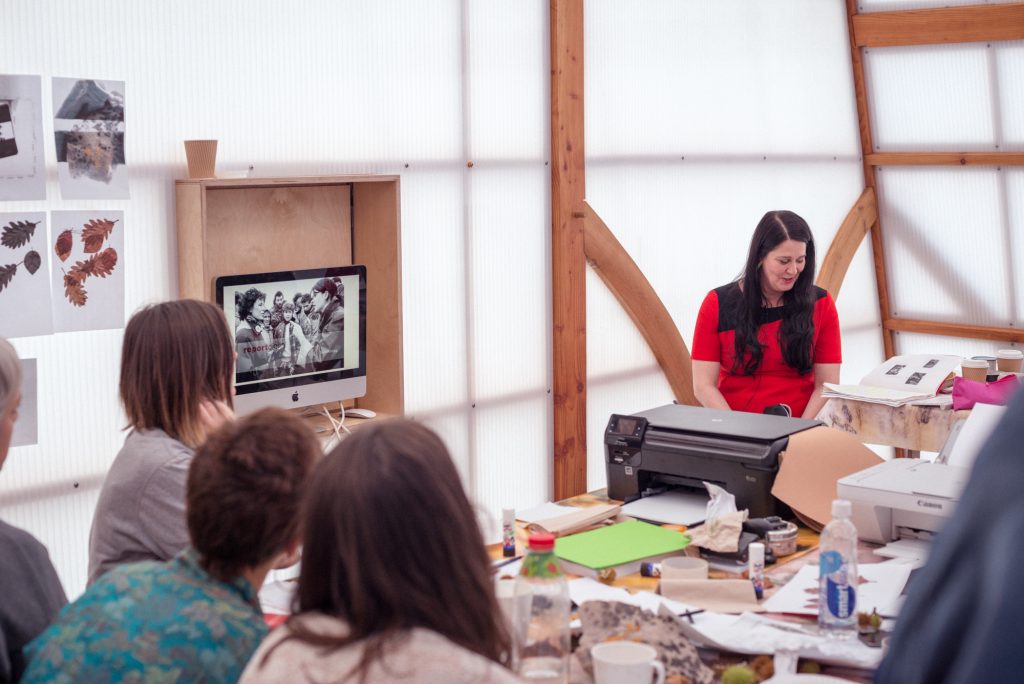 Laura invited Zillah Bowes to deliver a visual poetry workshop based on the theme of beauty and protection in nature. A poetry reading was followed by a hands-on visual poetry workshop using natural and manmade objects found in and around the bothy. Zillah set a series of exercises to help participants write or devise their own text. They created visual poems combining found objects and text, using materials and machines provided in the workshop.

Jennifer McCarey demonstrates courage and conviction in her actions and vocation, and takes pride in her appearance while she does it. She grew up in the heart of the steel community in Lanarkshire, conscious of the inequalities and injustices she saw around her. She has always tried to combat this, as a member of the Glasgow Youth CND, saying NO to Trident, rallying for social solidarity against austerity, and fighting for a decent living wage for all. The recording you hear is Jennifer talking about her experiences, offering a context for Beca’s cagoule 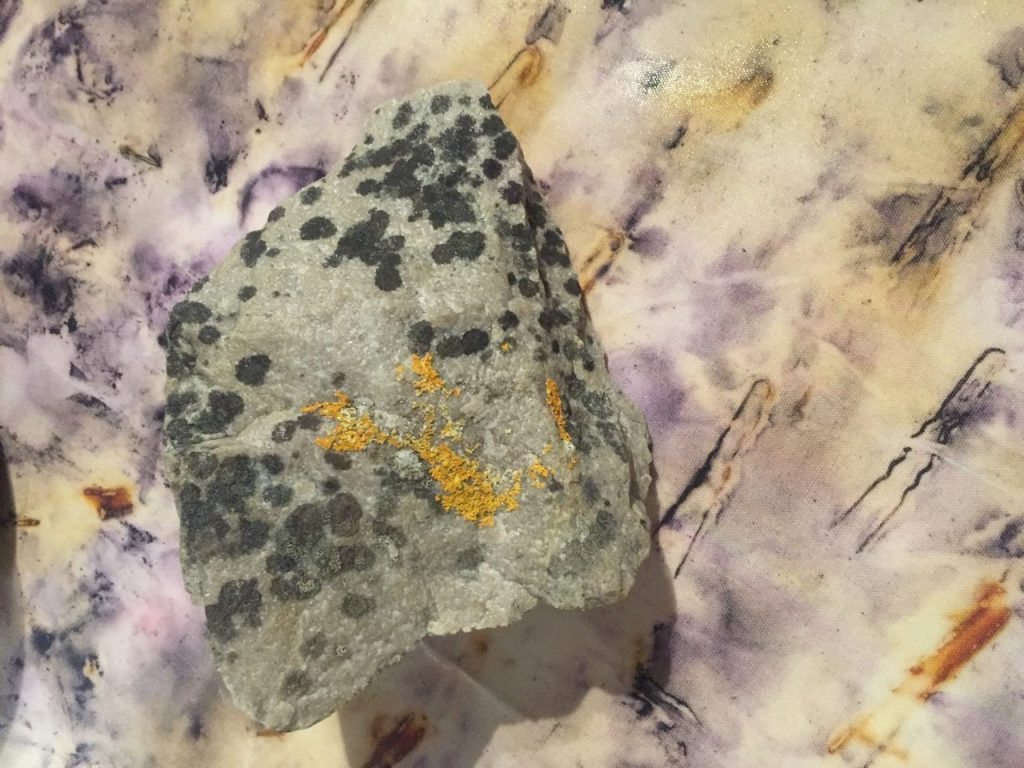 Beca Lipscombe is a printmaker, fashion and textile designer who lives and works in Edinburgh. Since studying at Central St Martins, Lipscombe has worked in London and Paris freelancing for companies such as Liberty, Chloe, Stella McCartney and Anne Sofie Back. Up until 2011 she taught on the Masters Fashion+Textiles at GSA stepping down from this post to concentrate on her own work and the work of her company Atelier E.B. which she runs in partnership with artist Lucy McKenzie.

Zillah Bowes is a writer and filmmaker. Her poems have been published in magazines and anthologies and she is completing her first poetry collection. She received a New Writer’s Award form Literature Wales in 2014/5. Zillah’s film debut as a director, Small Protests, was nominated for a Grierson Award and won, among others, the Current Short Cuts Award. As a cinematographer, her films include Enemies of Happiness, which won the Grand Jury Prize at Sundance Film Festival. As a filmmaker, she has collaborated with many visual artists, including Martin Creed and Tacita Dean.

Jennifer McCarey is Chair of Glasgow Trade Council and an Organiser for UNISON. She was a founding member of the Birmingham 6 campaign in 1987, and the Scottish Living Wage campaign in 2007.  She has been involved in a variety of unionisation campaigns around insecure employers, equal pay, and more recently the Better Than Zero, and #Justice4Jannies campaign in Glasgow.  Prior to working for UNISON Jennifer trained, then worked, as a community development worker in Lanarkshire for 8 years. She is interested in developing common space for trade unions, community organisations, and combining the techniques for organising workers and communities.