Rigler and Hutchison have designed a one-pot cooking pot with a lid that cooks a second layer of food. The external surface is inspired by a rock they found at Tràigh a’ Bhìgeil (The Singing Sands) on the western coast of Eigg not far from Sweeney’s Bothy. The pot is being produced at a foundry in central Scotland that historically made the Falkirk Pot; a three-legged vessel for use over an open fire. Many such pots may have found their way to the Isle of Eigg, at a time when living conditions called for such basic comforts.

Based in Glasgow, James Rigler studied Architecture and Craft before graduating from the Royal College of Art with an MA in Ceramics and Glass in 2007. His sculptural work in ceramics and various materials is inspired by architecture folly and the language of functional form, distorting purpose and meaning through scale and material, toying with the viewer’s notions of grandeur, taste, and the uncanny.

Virginia Hutchison lives and works in Glasgow. She graduated from the Royal College of Art in 2004 with an MA in Sculpture and currently sits on the board of directors at Glasgow Sculpture Studios. Her practice negotiates ecologies of space through the medium of text, film, performance and object making and forms one half of the artist duo In the Shadow of the Hand, with Sarah Forrest. 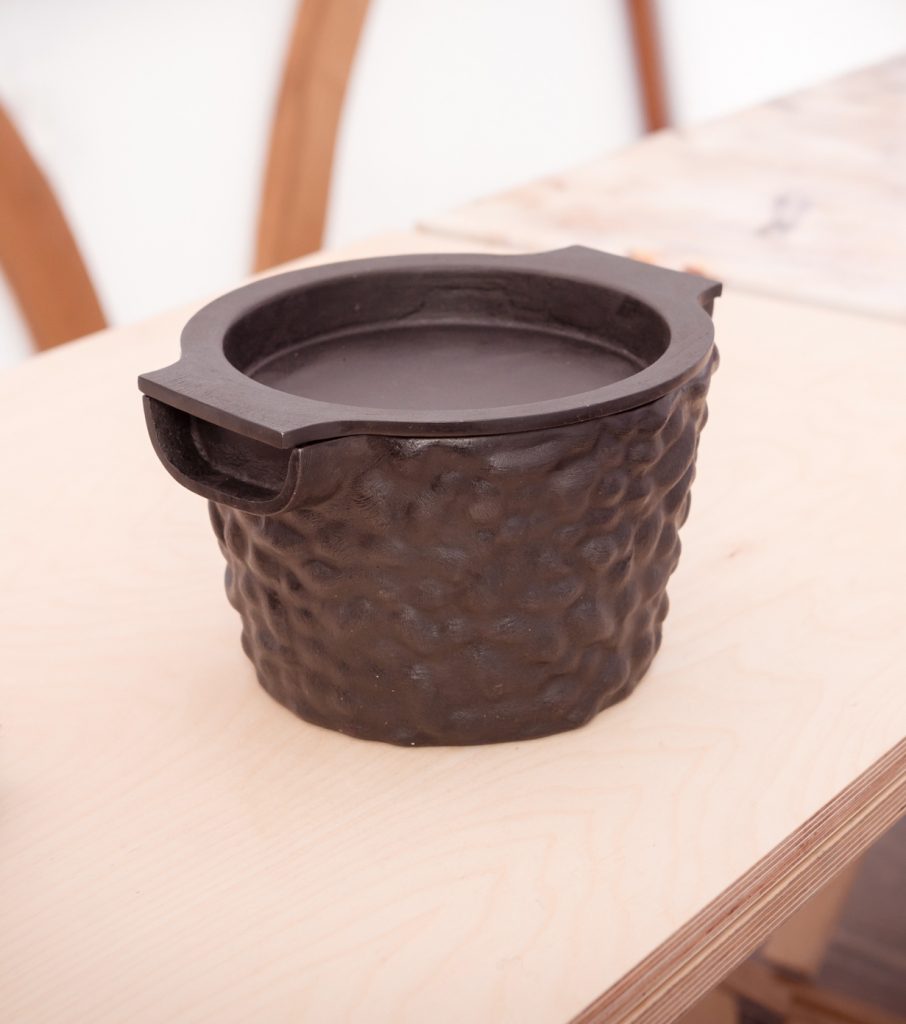