This residency on the Isle of Eigg will explore the significance and value of maps as tools of way finding, instruments of government, material artefacts of exchange and repositories of meaning. Edinburgh-based artist David Lemm will spend two weeks on the Isle of Eigg working with residents to explore the history of maps on the island and to experiment with the making of maps that meet the current needs, interests and concerns of those who live there. The residency forms a part of the ESRC funded Edinburgh University project ‘Off the Grid: Relational Infrastructures for Fragile Futures’ and follows on from the Ethnograms residency held in May 2014 to explore diagrammatic intersections between anthropology and art.

Maps have been a central and contentious part of the history of the Isle of Eigg. For many living in the Scottish Highlands the history of mapping has been experienced as a history of foreign governance and power. Maps were crucial to the surveying, documentation and selling of crofting land during the Highland Clearances of the 18th and 19th Centuries. On Eigg the representation of the island as an isolated, self-contained unit was a marketing technique used in its sale to rich landowners.

Such maps represented the land as empty and available, erased or Anglicised Gaelic place names and excised historical routes and paths. Other maps were used to calculate and help extract rents from crofters. Families who had crofted theland for generations were rendered invisible. On the Isle of Eigg maps have therefore been experienced historically as tools of governance and commerce imposed from without.

But maps are also significant for other reasons. They are not only tools, they are also things. They are artefacts of exchange; they are pictures that adorn the walls of homes; they are personal souvenirs and valuable repositories of memories. On Eigg the material value of maps was made apparent when a previous Laird Keith Schellenberg removed an 1806 map, the earliest stand-alone map of the island, from the Laird’s residence following his sale of the island. The map had historically passed from owner to owner and its loss is still felt by residents today, for whom its absence reminds them of Schellenberg’s disastrous reign over the island. Meanwhile new maps are continually being created. A network map of the island’s community-owned electricity grid, for example, with its schematic bold lines marking new connections between homes, transformers, wind and hydro-turbines emphasises the role of the island’s new renewable energy infrastructure in reimagining community.

Mapping Eigg seeks to experiment with forms of map-making that are participatory, that incorporate narrative, that explore the significance of off-grid infrastructures and that materialise multiple and complex ways of belonging to the land. The goal is subversive: given the historical use of maps as an instrument of governance and commercial extraction, what might maps made through collaboration Eigg’s residents reveal about relationships between place, people and infrastructure?

David Lemm’s practice explores notions of place, perception and experience through graphic and diagrammatic aesthetics. He works in a range of media (printmaking, drawing, collage, video), to explore relationships between pattern-making, narrative and meaning. His recent work has involved working with maps and charts as a basis for layered compositions that draw on navigation and route-making as a basis for examining relationships between objective and subjective meaning. While on Eigg he will be collecting narratives about mapping and way-finding, exploring the undocumented cache of maps that are distributed across the island in homes and community buildings, and organizing participatory workshops to explore experimental forms of mapping that are relevant for Eigg today. 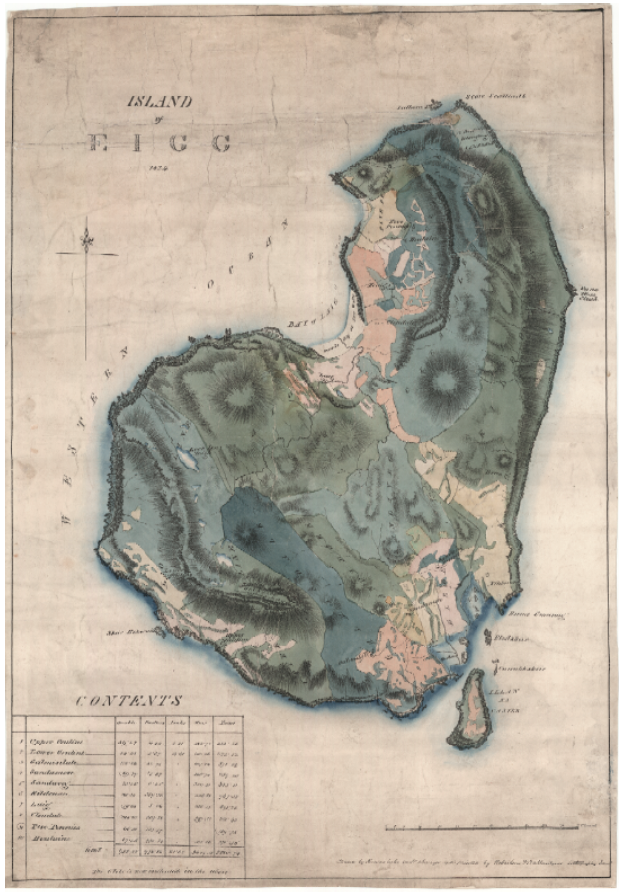 Reproduced with the permission of the National Library of Scotland  http://maps.nls.uk/counties/detail.cfm?id=654 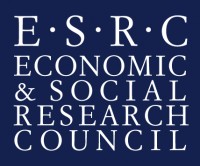