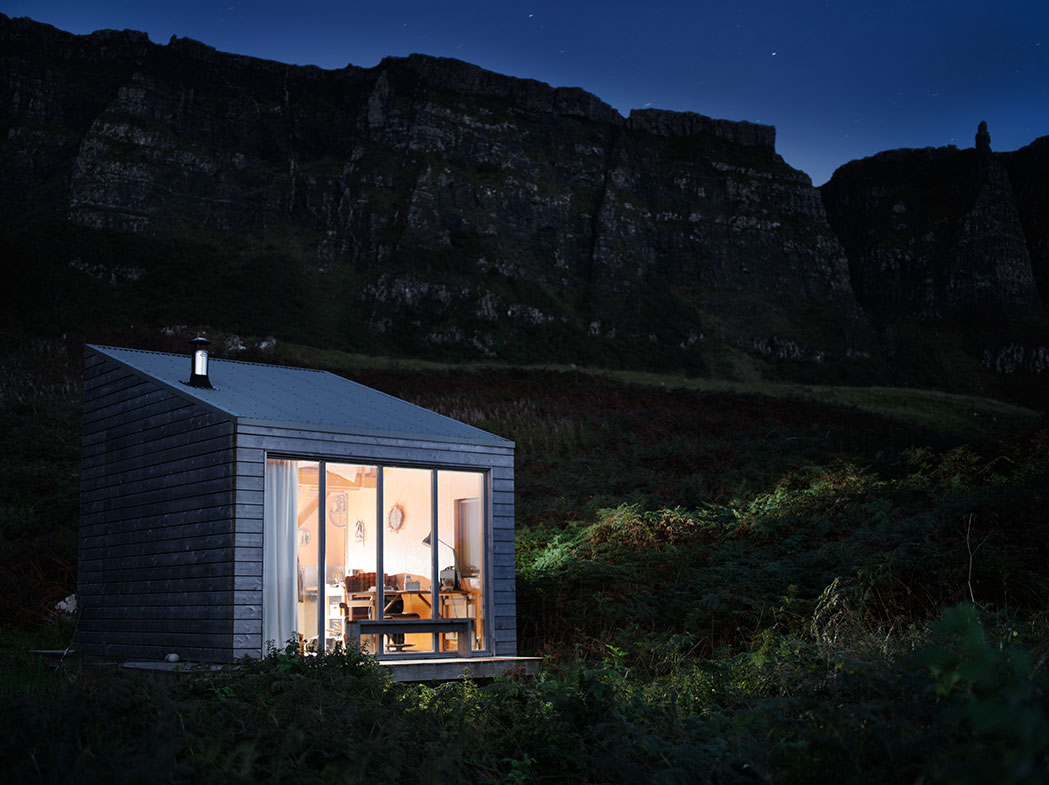 Using Sweeney’s as a place to explore the ‘out-dwelling’ skillscape. My trip to Sweeney’s was well timed, unintentionally so. It came in the midst of my write up, during a particularly fraught couple of months, when a years worth of empirics was being turned into just five chapters of a thesis. I am studying huts and bothies in rural Scotland and have found that, as Nan Shepherd wrote, ‘The thing to be known grows with the knowing’. Even in a thesis there is never enough room. I was stressed and frazzled and it was a wet, wet winter. Sweeney’s offered welcome escape.

The bothy was warm, well built, and opened onto a fantastic view. It was a place for writing, a space for thinking and strangely liberating outdoor showers. I woke every morning to light the stove, make bread and soup, walk the dog (Lucy had kindly allowed me to bring) and then settle down to write.

It was there, in the bothy, that I wrote chapter 7. Emboldened by the words within the bothy library, and Nan Shepherd in particular, it began to take shape. It is in this chapter that I look to the ideals and idylls of hut and bothy life, address the issues of journey, health, gender, nature, biophelia and lastly attending to skill. It is for this last section to which I am most indebted to my time at Sweeney’s. My introduction to this chapter states the following:

…this chapter will turn to the ideal of skill. It does so to advance a series of observations: 1, that there is the potential for a innate skill to ‘get it’, a knowledge rather than an act; 2, there is the claim that simplicity in itself is skilful – the ability to make something look simple, is in fact, where the true skill lies in this case, embedded in an impressive relationship between ‘out-dweller’, thought, practice, and environment; and 3, that while living simply is often typecast with the trope of ‘return’ or ‘escape’ to a ‘simpler’ existence, to be successful in that endeavor can require a complex ‘skilling up’ – a process of learning, adaptation, creativity and flexibility which is, arguably, ‘akin’ to what is routinely expected in the modern world.

Living in a hut, albeit a particularly luxurious one, allowed for an ascetic aesthetic which acts upon the self, focusing the mind on the physical tasks to be done and, in my case, the mental task of what was to be written. Mind and body worked together over that week to the tune of 10,000 words, and a calmer mind. For me at least, these are not normal work outcomes. Not together and not in the same week. Heidegger once write of Building Dwelling Thinking, without commas, to emphasise the harmonious linking of the three ideas and so I would argue that Sweeney’s, and buildings like it, offer a space for Hut Thought Word. I would thus like to thank Sweeney’s bothy, and the Bothy Project, for allowing me to explore the notion of a hut as a space to think, to write, and to be. Buildings have the capacity to act upon their users, impacting upon the work they produce in that space and I learnt a great deal about this process during my week here. I am thankful for every moment of this opportunity.

I have, in other spaces, written of the words people leave in the bothy, particularly in the bothy book and so I am also grateful for those who left their words, images, and as a first for me, their sculptures, for me to find.

While visitors books can be seen as inconsequential lists of names, dates, times I would rather see them as treasured individual literary gems, works which, in their handwritten state, become a modern day manuscript reflective of the initial days of the revolutionary move from orality to literacy (Finkelstein and McCleery 2002). They take us back to a time when there was only one book, one ‘object’, in one place. The makers thus mimic the monks of days gone by, creating books to be valued and protected. These ‘gems’ above, may well make it into my thesis, and they certainly demonstrate the need for greater attention to the guest book and the treasure they hold. 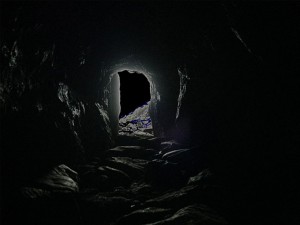 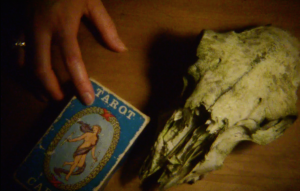 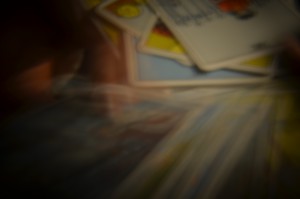 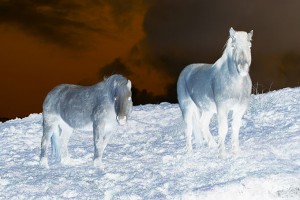 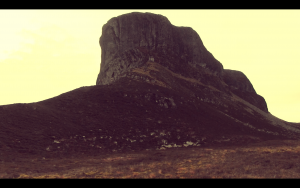 Wonder      “How strange,” wrote Hugh Miller, “that [these seas] should have once thronged with reptiles more strange than poet ever imagined…”

Echo     What creates those meanders across the surface of the sound on a calm day? The paths of breezes? The borders of different bodies of seawater? I was told they were the tracks of freshwater streams flowing out from the island.

Every flower, every rock, every moment.     In geological time, the cliff behind the bothy is a wave a thousand foot high. And it will come crashing down. (Elsewhere, Kathleen Jamie writes: “Wind and sea. Everything else is provisional. A wing’s beat and it’s gone.”)

Not known      What to make of great round stones in the rocks beyond the Singing Sands?  Giant fossilised bubbles? Fossilised stromatolites? What?

Exploration      “The feeling of intelligibility is like an ocean surrounding the small island of things we truly know…We are engaged in a fragile ongoing project of making sense.”

Bed      A platform lifted up like a nest on the branches of a tree. Good for sky dreams.

Oak      Scything bracken to allow the saplings some light, I took the top off an oak. Fxxx.

Tarn      Studying the tracks of the wind racing over the surface of a miniature tarn* on Beinn Bhuidhe. Beyond, across a wide blue sea, the Cuillin Skye-line.

Hebrides      You may go days without seeing them and then, over a blue sea or over a golden sea, 30 miles beyond the southern tip of Rùm, there they are: Barra, Vatersay and Sandray.

Yes      Skye Red and Skye Black, brewed by the Isle of Skye Brewing Co. and sold at the Isle of Eigg Shop, are both good beers. I didn’t get around to trying the others.

Caspar Henderson is the author of The Book of Barely Imagined Beings. He is writing A New Map of Wonders. He stayed in Sweeney’s Bothy from 18 to 25 July 2015.