The Bothy; a shelter from the weather, more substantial than my tent, less than a building; essentially a room in the outdoors. Nestled in a sparse hilltop wood, on a kink in the Spey, the Bothy rooted its simple nature into the core of my practice for a week. 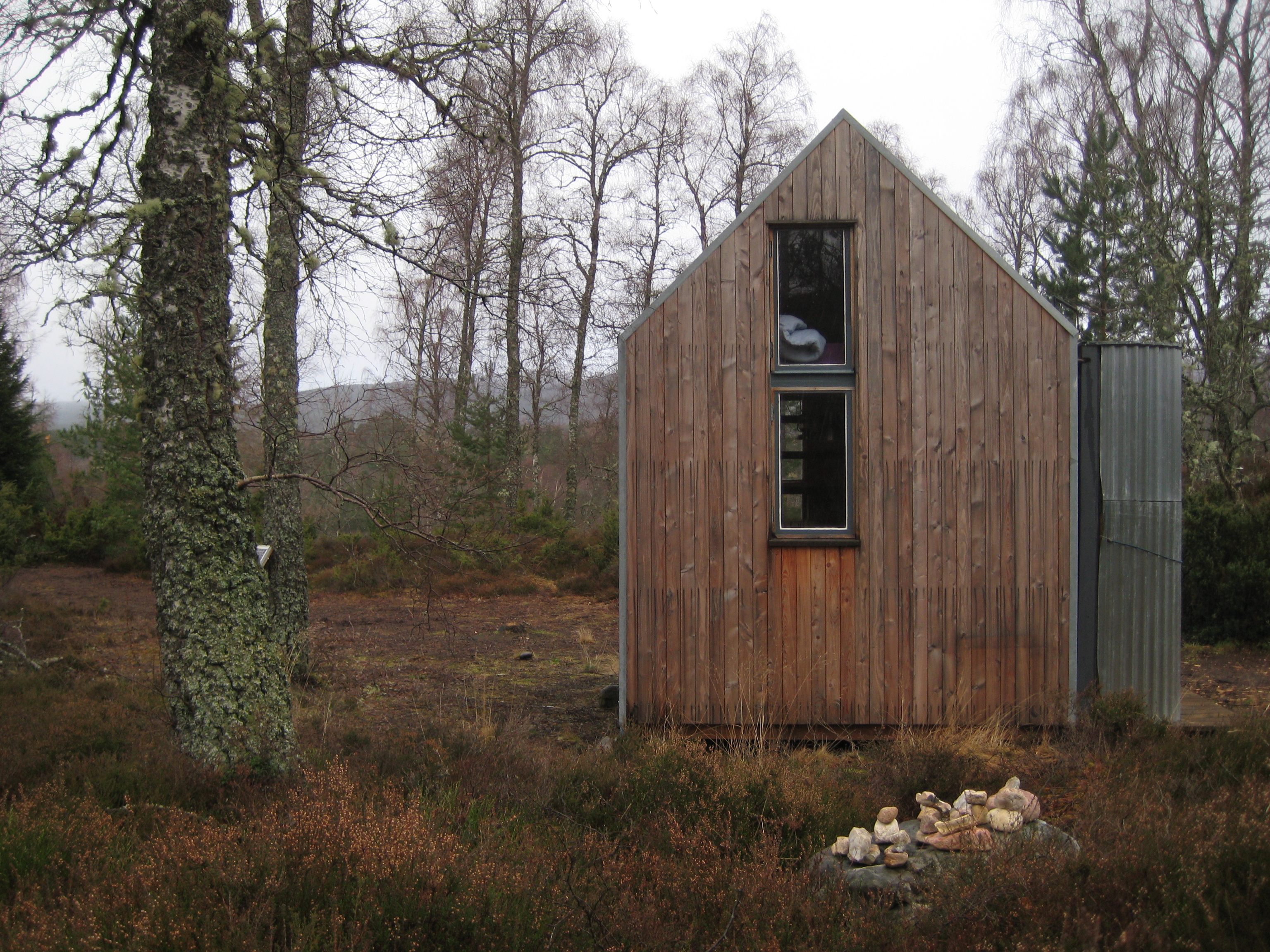 What can one learn from placing oneself in these circumstances? An innate need to listen to the slow rhythms of time here. To be in the now of ones thoughts here. Mind and body wander here as though, on entering the wood, I have trespassed across an indistinguishable threshold. In the winter the bones of the landscape stand out as the moss pours off the scots pine, the aspen and the birch.

There is no such thing as silence here: a perfect truism. The fire pops, roars and cracks, whilst the wind plays a reel in the juniper bush, then the scrummage of the mice followed by the flit of small hedgerow bird provoking you to catch his identity. The nervous flick of the squirrel’s tail as she scarpers up a tree. The startled doe whose angst in the split second of being disturbed causes her to turn on her hoof and disappear in flashes of white. The squeezing of frost beneath ones feet and the splintering of icy puddles whisper a reminder; it’s time, time to go for a meandering. Cleats or boots, both have landscape speed and so I take the hint and slip off into that silence day after day after day with aimless purpose. 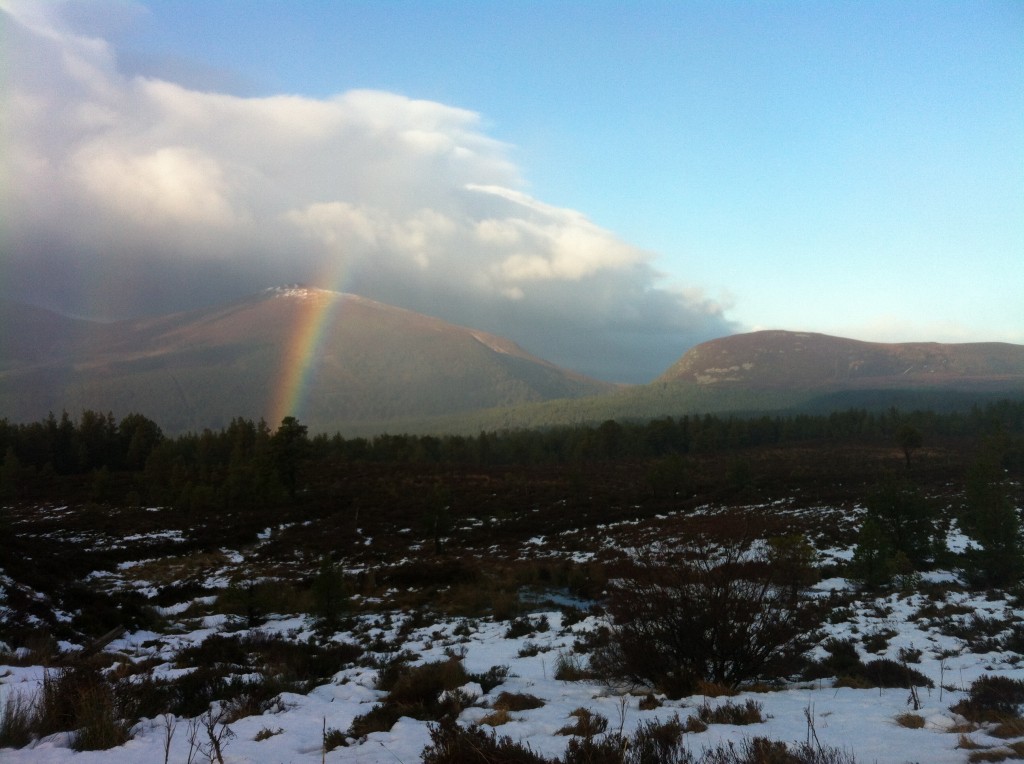 My daily cycle of peripatetic practice started and ended at this place. A simple room in a winter wood, whose boughs had been exposed by the season, became a place to focus and recover from the events of the day. 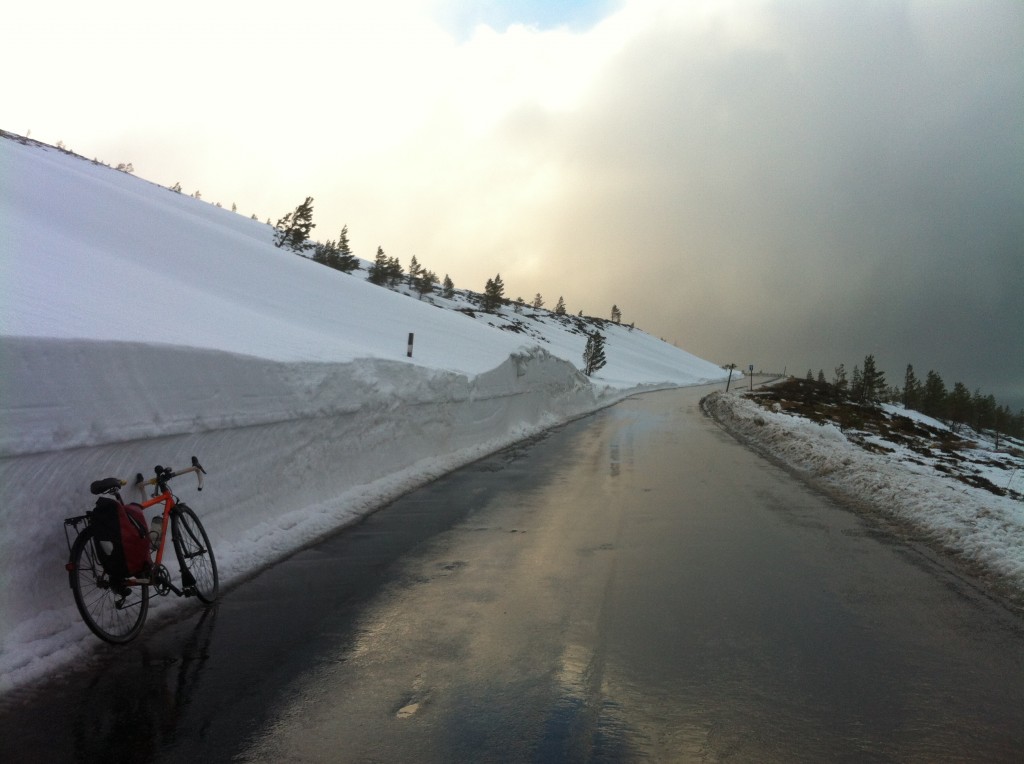 The evenings also consisted of reading Nan Shepherds book ‘A Living Mountain’ where she articulates more poetically than I ever possibly could:

‘I believe I understand in some small measure why the Buddhist goes on pilgrimage to a mountain. The journey is itself part of the technique by which the god is sought. It is a journey into Being; for as I penetrate more deeply into the mountains life, I penetrate also into my own. For an hour I am beyond desire. It is not ecstasy, that leap out of the self that make man like a god. I am not out of myself, but in myself. I am. To know Being, this is the final grace accorded from the mountain.’

Cycling, walking, swimming, every day like a religion. The daily pilgrimage to discover something we don’t yet know. 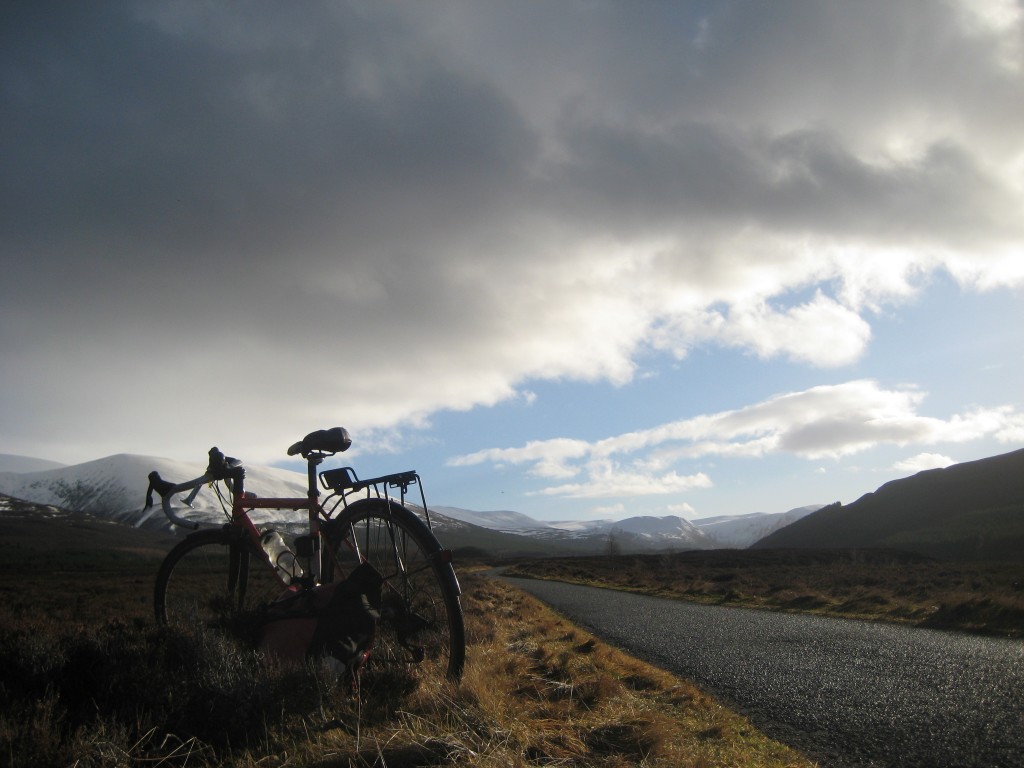 Over the course of seven days, I made seven cairns. The rock: a completely tangible article, which relentlessly surrounds us as an intangible landscape.

A landmass, a territory, a piece of time, a source of pigment.

Every rock has been carried in memory of hardship as a definitive aspect of pilgrimage and laid to rest as a way marker at the Bothy, in memory of an impermanent line that has been drawn through the landscape.

I collected three rocks each day. Two for the Cairns and one from each swim. The rocks map the journey and locate it specifically in the landscape of Scotland.

This is my current de-constructivist investigation of territory and space to try and re-map terrain and think in the peripatetic. Landscape as site (material), painting as journey, landscape as colour and nomadicity as drawing are themes I am currently exploring.

Here, are the Cairns left in situ at Inshriach. 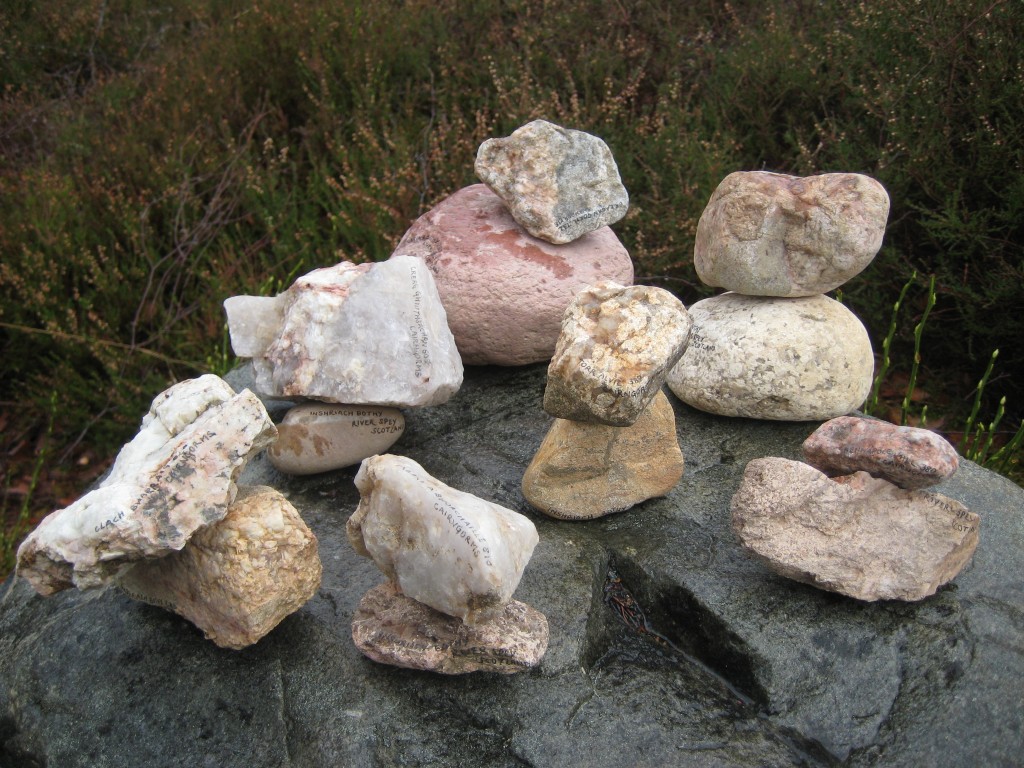 I am a painter, not a writer, but I wanted to share these thoughts as an adventure into a new domain for my practice: I hold onto the mountain to steady myself, to steady my inner being. As the lochs and streams wash away the dirt of love from my soul, I hold onto that rock to steady myself, to steady who I am. This reflection shadows itself to me under a February moon. The silver light makes clear in me the need to follow that path, a path of Cairngorm rose, up an ever-steepening slope, steeper than I had anticipated, because although this way is the hardest, this is the route, the way, the path that is true to my soul and as the splendidly cool water of the green loch shocks my body into existence and tingles in the wake of a realisation that we are stronger, I am stronger than I had anticipated and, like the mountains fleshy rock, that I need to steady myself, that realisation of my Being alive, my luck, my gratitude, exists in the here and now of the Red Mountains.

And finally a little T.S.Eliot…just because we can:

‘We shall not cease from exploration, and the end of all or exploring will be to arrive where we started and know the place for the first time.’  Four Quartets