Poetry in The Bothy

I was at Inshriach Bothy when October turned to November, just after the trees had turned to gold, yellow and copper, and as I was turning away from a Southern hemisphere spring towards a Northern hemisphere autumn. It was so still. So quiet. I’m used to the movement and stage whispers of the sea and didn’t quite know what to make of the quiet and the still. So for the first day or so I just stood inside it. I stood in the birch trees with their veils of gold leaves, looking through them to the purple Cairngorms and felt like I was inside a Gustav Klimt painting. Sometimes a breeze would drift through the veils, and the gold brushstrokes would detach and drift and build up on the ground instead. Nature animating art. I climbed up behind the Bothy and stood still and –twice – an owl flew past, low, fluid and almost silent. 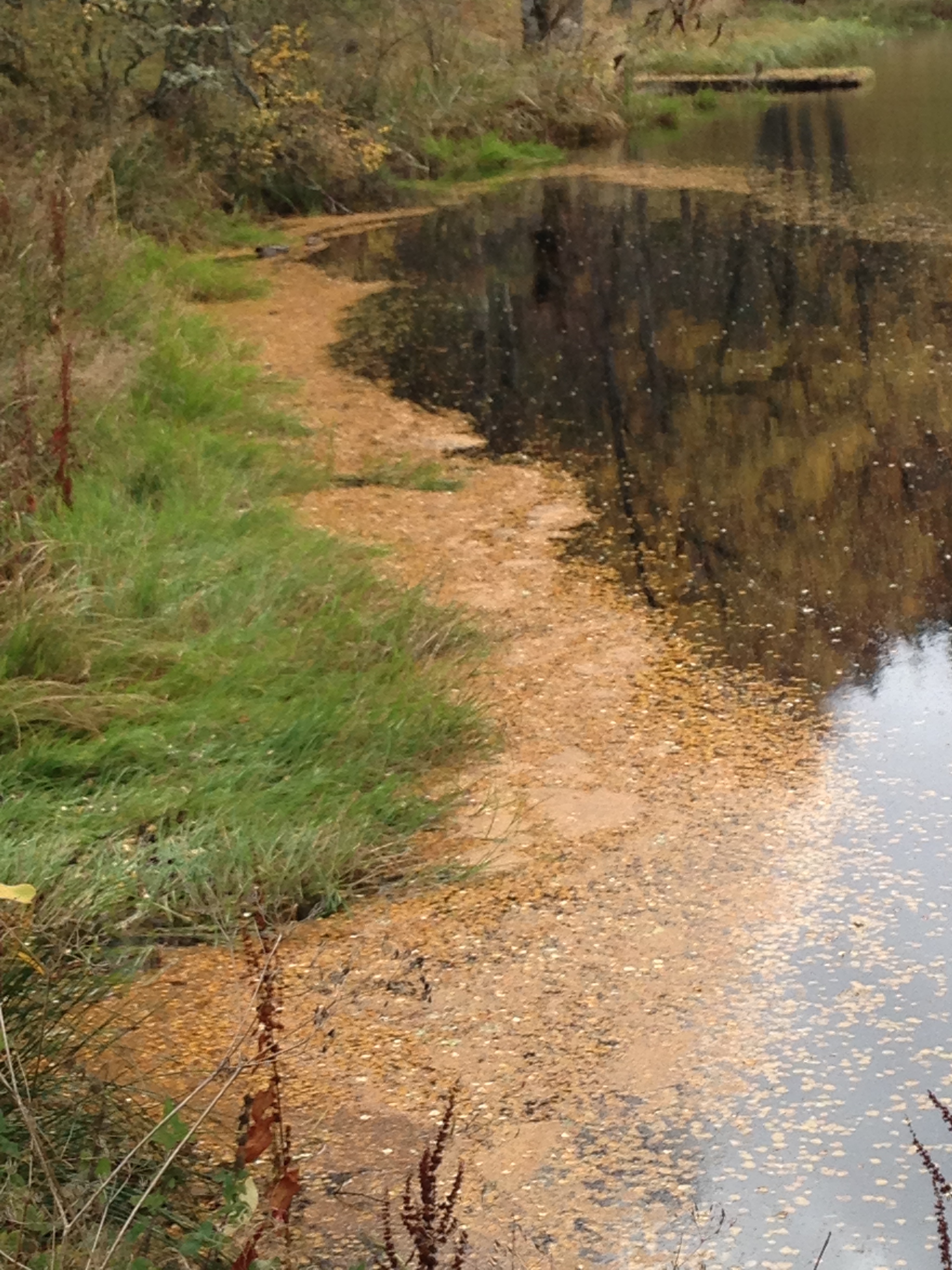 I waited to feel frightened of being alone in the woods in the little Bothy, but I didn’t (‘woods’ to a New Zealander are where fairytales take place, quite different to ‘the bush’). I didn’t feel frightened, even when, one evening I picked up a rough walking stick resting in a shadowy corner with ‘ALONE’ printed down one side and ‘NEVER’ on the other. I didn’t feel freaked out when the dark fell at 5pm or when the brief light from the solar panels ran out at 7 or, if I was lucky, 8. I remembered how a fire needs attention; from chopping kindling in the morning to the arrangement of sticks and logs and the long, slow breath to enliven embers. Reading in front of the fire I dropped down deep into the words and the story. When I picked up my pen to write my journal or tinker with a poem I felt more like myself than I had in years. 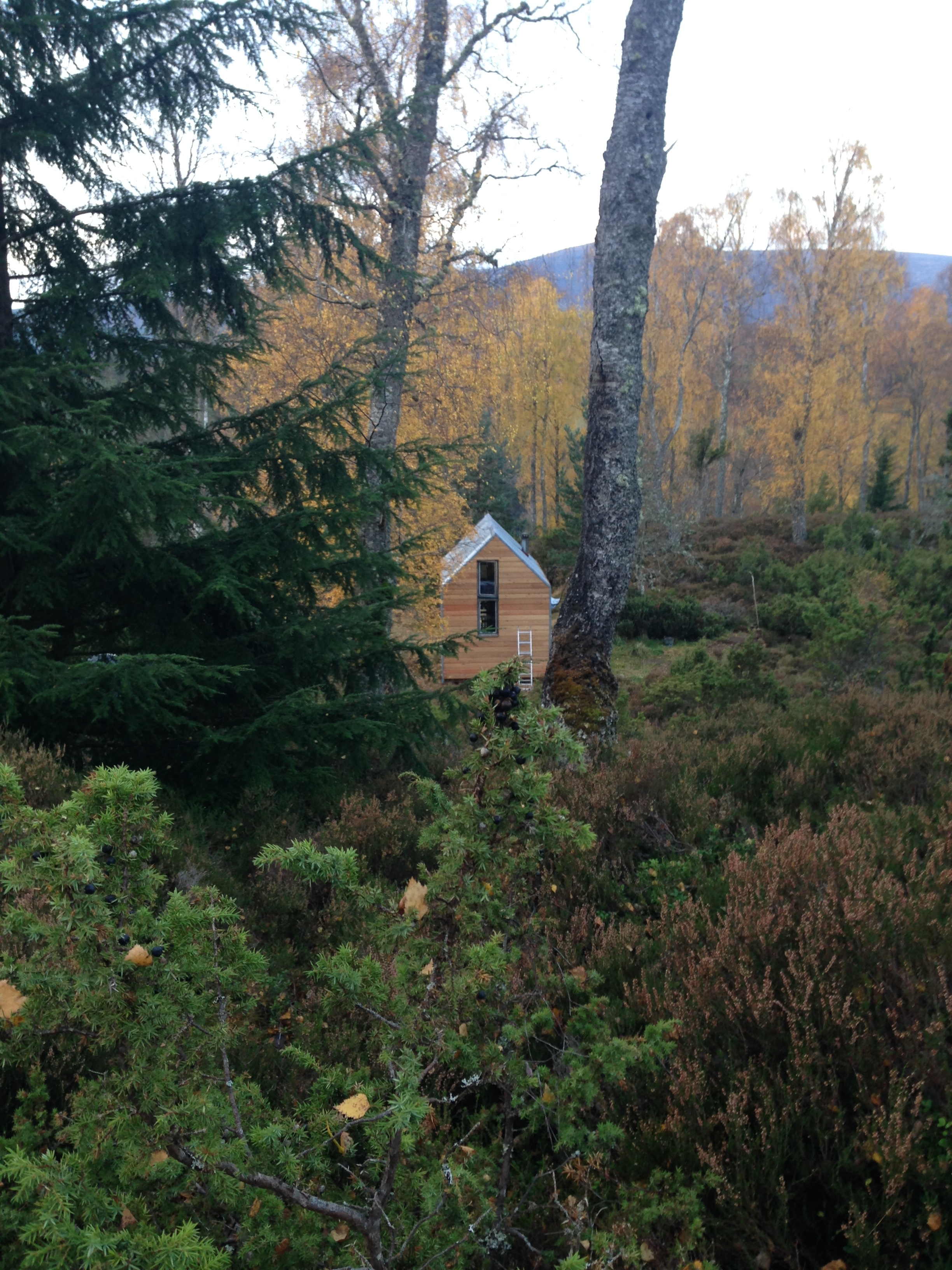 I had one visitor – Stef, a German/Kiwi/Scot who lives in the area. Stef takes people on walks into the Cairngorms, stopping at particular places written about by the likes of Nan Shepherd and Robert Macfarlane to do a small reading from their work. We talked a bit about writers and walks. I tried to get the kettle to boil on the hotplate. The fire just shrugged its shoulders and sucked its teeth. We shared my last slice of banana cake. 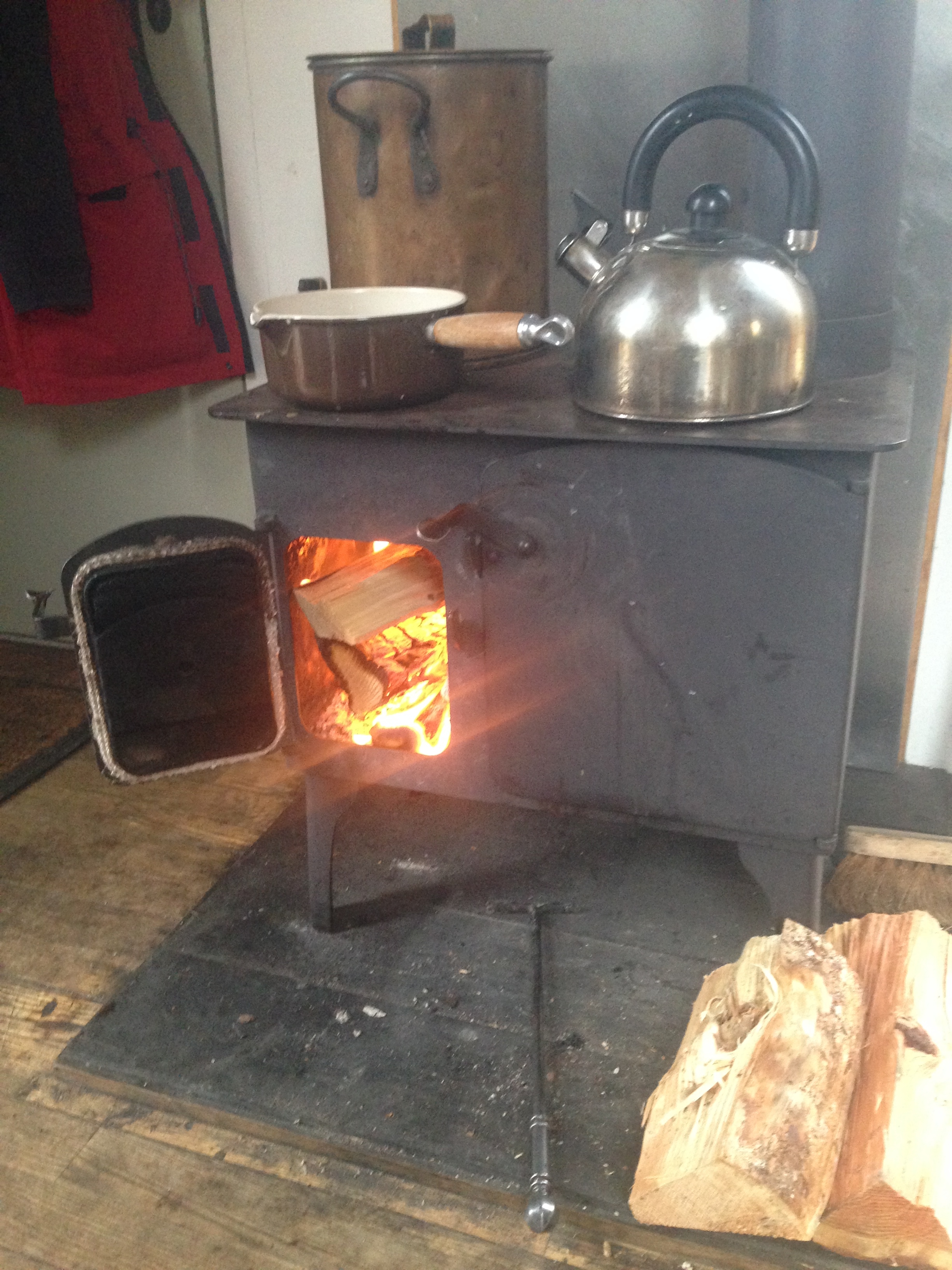 The little radio was, just like in the old days, the centre of entertainment. I carried it up the ladder to bed and listened to stories and talks and music in the almost-dark. A lamp with a tealight creating a small glow. New Zealand poet Bill Manhire wrote a beautiful poem called ‘Kevin’ where the radio is a kind of heaven:

I don’t know where the dead go, Kevin.

The one far place I know

is inside the heavy radio. If I listen late at night,

heaviness of the cave, the hive.

There are mothers and fathers, Kevin, whom we barely know.

They lift us. Eventually we all shall go

into the dark furniture of the radio.

The radio felt like a very ‘far’ place to me. The British accents. The Archers. Desert Island Discs. Far and intimate, like the Bothy itself.

I worked on my manuscript of poems, sifting through, making changes, thinking about shape and stories. I fanned out pages on the floor. I often worked in candlelight. It was only one week, but it was one whole week of writing in a still and deep place with fires and candles and a radio. A lot happened in that still place. I found that ALONE/NEVER was true, and, in the right circumstances, not freaky at all. I read Alec Finlay’s book Mesostic Remedy, a book that brings poetry into conversation with Bach flower remedies. I don’t know much about Bach flower remedies, but loved the words that were art and exploration and remedy in themselves. I liked the names of plants: agrimony, aspen, willow and, my favourite, rock rose (for terror). I used to grow rock rose in my seaside house in New Zealand because it was hardy, a survivor, and the flowers had a poppy-like fragility to them. I didn’t know they were a remedy for terror. 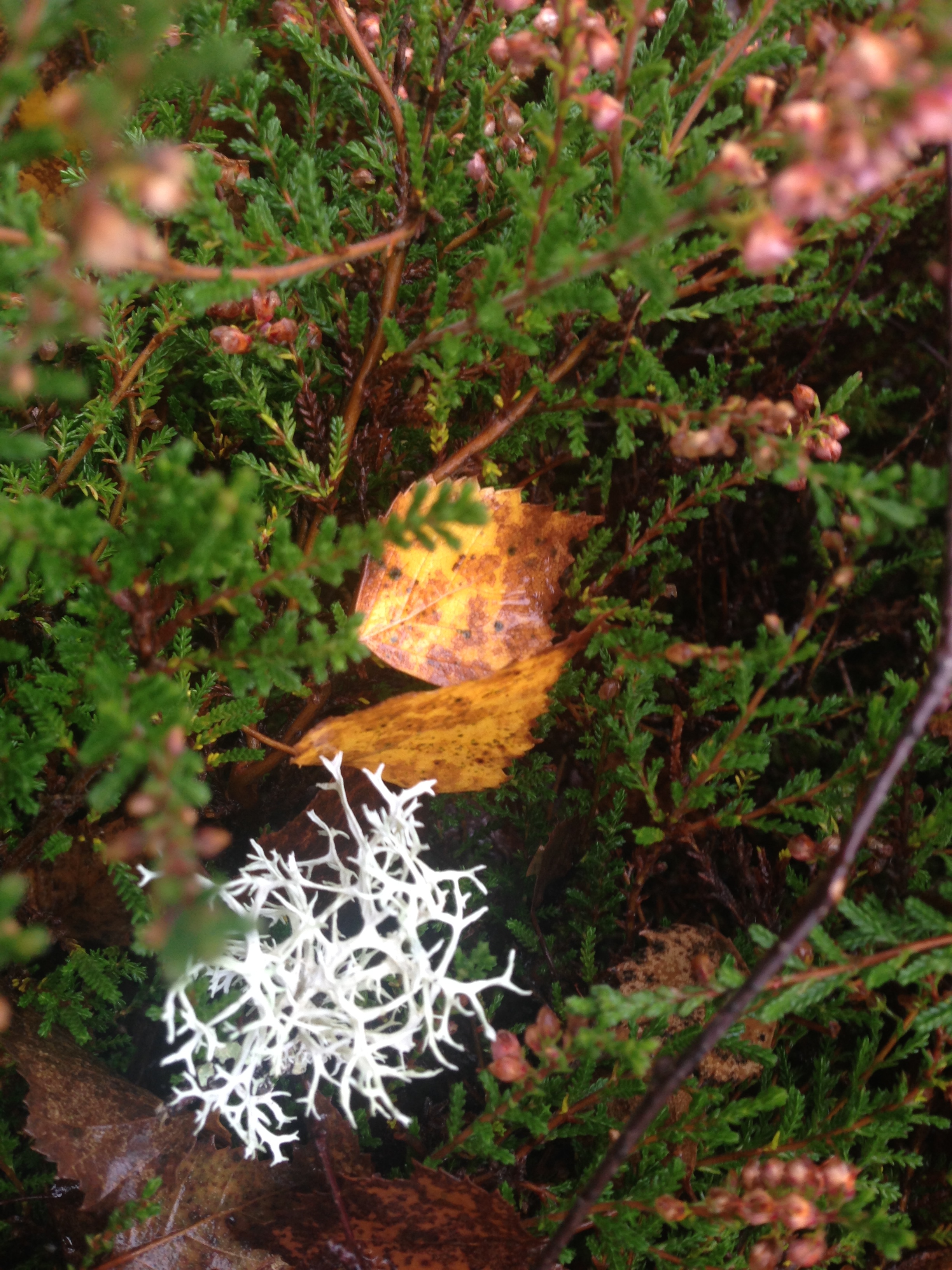 You look at one thing and you miss another. You look at a robin examining a licheny twig, you miss a deer’s quick pointy steps in the woods. These are some of the things I noticed in my week at the Bothy. The things I didn’t see are still there at the edges, sniffing the air.