I AM NOT A MYTH.  El Trauco is a creature that inhabits the woods and forests of Chiloe, an island in the South of Chile. Typical characteristics of this figure is small stature with stubbed feet. Usually his clothing is made up of sticks and stones found in the surrounding woods which he lives in. 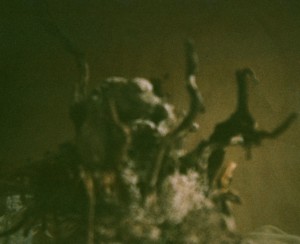 It is said that he has a power to attract any woman and often goes around the woods using his hatchet to chop trees in the forest to show his sexual potency.

He found that he got himself into quite a few difficulties in his homeland of Chiloe, therefore decided to go somewhere where the landscape and mythology is similar, to see if he can start a new life!

A glance at El Trauco living in Inshriach Forest.

El Trauco wakes up slightly blurry eyed to the sound of the morning going on’s in Inshriach Forest.

He begins his daily tasks of chopping the wood, getting the fire a light and making his porridge. 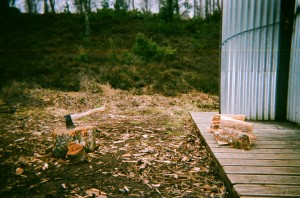 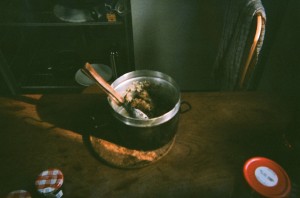 El Trauco’s long and arduous walk through the forest is rewarded with arriving at Feshiebridge settlement. Feshiebridge is roughly a hours walk from the Bothy and boasts great views as well as Frank Bruce’s Sculpture Trail. The surrounding area is made up of four to five houses and El Trauco soon find’s a river to ponder his life. The pine tress cascade over the landscape while the booming volume of the river makes El Trauco feel right at home. 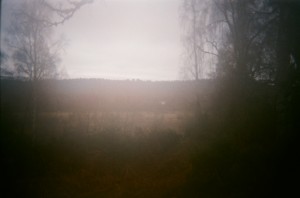 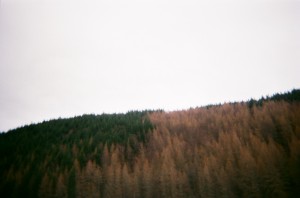 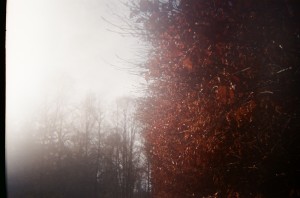 El Trauco spends the rest of the day in Inshriach forest close enough too observe the aloof white horses as well as getting stuck into his surroundings. 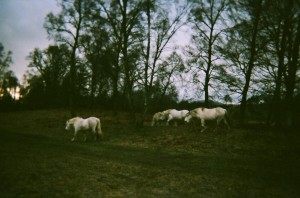 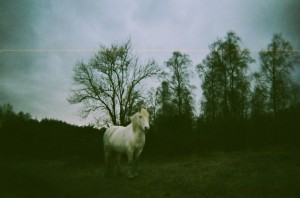 El Trauco goes down to the river Spey, he has heard tales of the many wondrous folklores of the Scottish Highlands, and one in particular is that of The Shellycoat! A creature that inhabits the streams and rivers of the Highlands and wears shells from the river side that rattle. The Shellycoat is harmless but will consider El Truaco a trespasser and may like to play tricks on him. However El Trauco is hoping that soon after he will be a friend. He leaves a signature by the riverside to inform the Shellycoat that El Trauco is about. 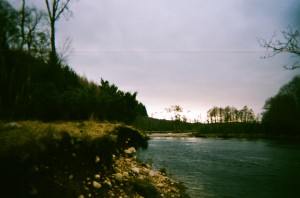 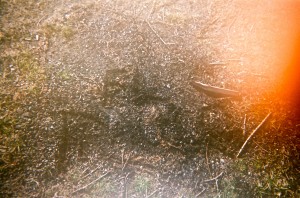 Evening approaches at El Trauco’s new home. The sky has a magical pinkish glow and he begins to think about his homeland and feels privileged that he is by the Cairngorms Mountains and in Inshriach Forest. He sits by the fire and drinks a dram of fine Speyside Malt Whisky…heaven! 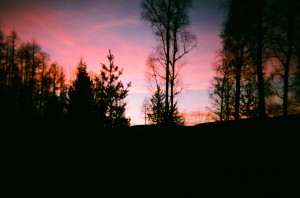 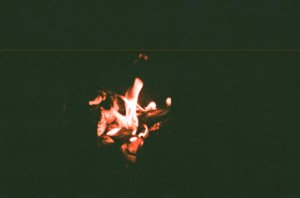