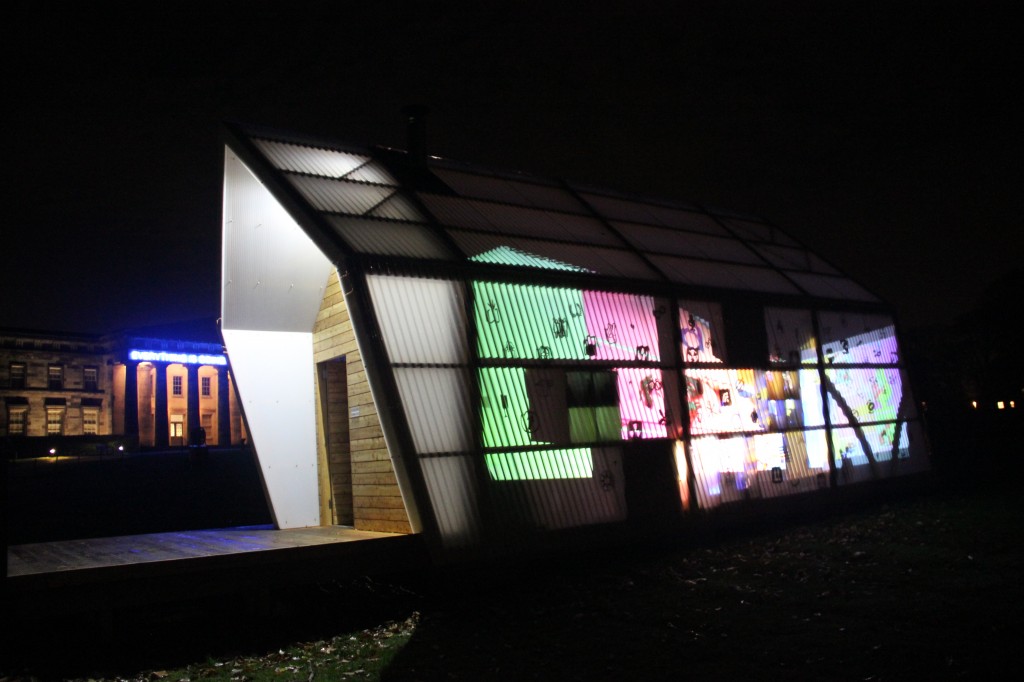 UK Based Artist Collaborative group MadeScapes ^ are constantly thinking, researching and appropriating, in order to produce works and projects beyond themselves and projecting a potential for our greater humanity. Having exhibited both nationally and internationally, from London to Barcelona; they now arrive at their latest project ‘Beacons’ which was recently exhibited at the Pig Rock Bothy at the Scottish National Gallery of Contemporary Art in Edinburgh. 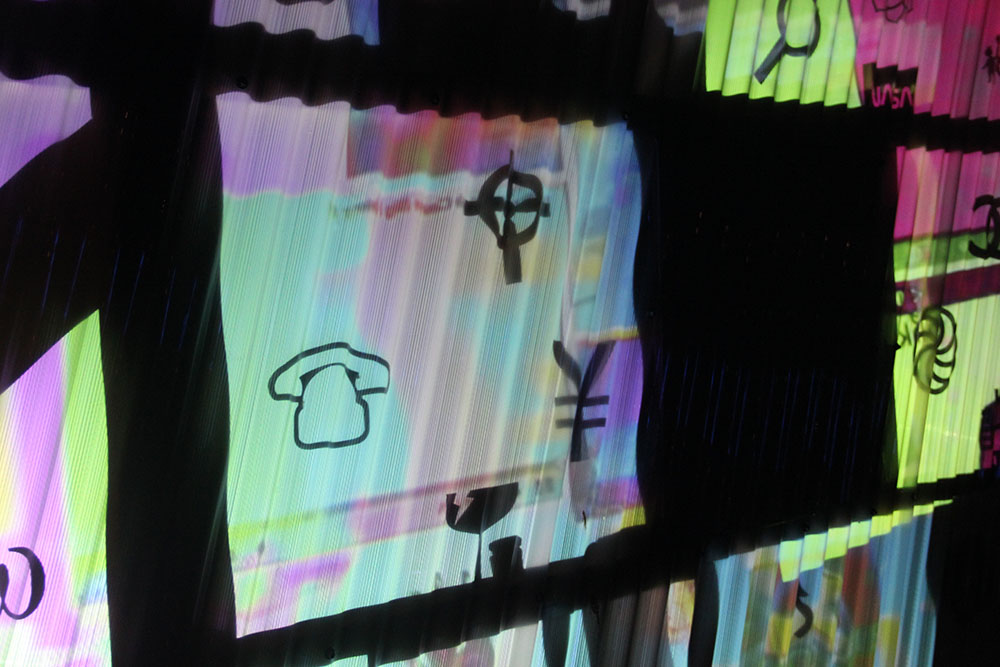 Pig Rock Bothy was wrapped up and filled with a deluge of colliding and overlaid logos; the clash of contemporary spectacle and latent paranoia. As the post 9/11 period dragged on a new pessimism threatened to overtake the hope of the late twentieth century: before that the baby-boomers that espoused peace and free love in the sixties matured into the venture-capitalists of the eighties. The internet engendered the Global Village: Are we destined to forever run this loop of hope and despair, or are we the generation that can break the cycle? 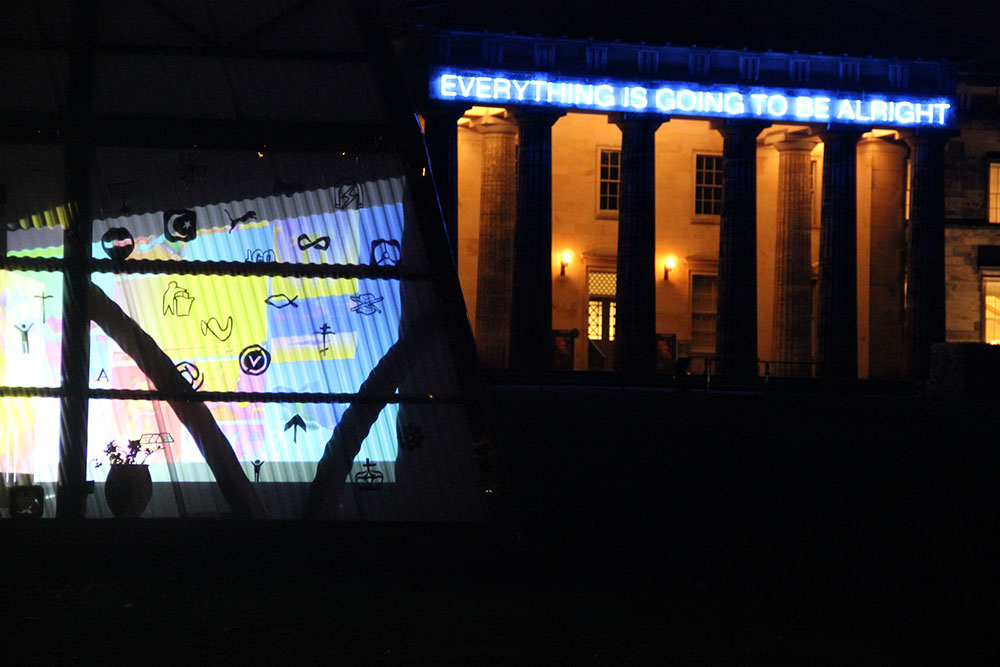 At the core there is a void into which your reality can be projected.

From the centrepoint it appears as though your world is forever expanding. Repeating and recreating itself ever outwards until it becomes everything it had hoped it would be; until it reaches the point where there is nothing outside of itself. And once more, nothing within. 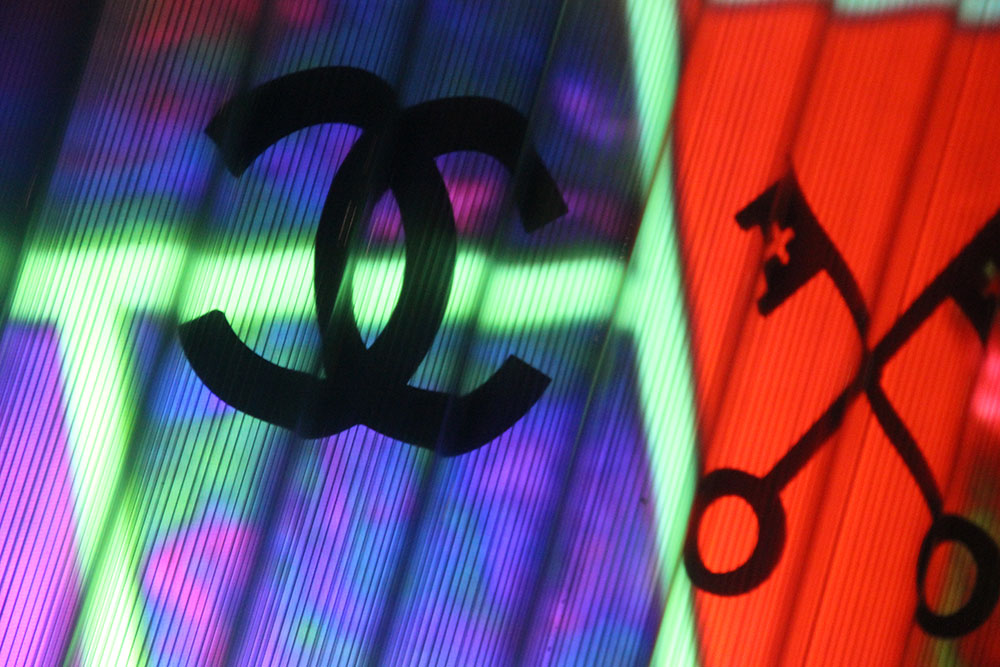 In oneness there is no referent. The vast expanse of everything returns us to an atomic state. From this nothing, a new beginning.

At this rate of expansion the cloud can never be outrun.

An ever-decreasing loop of hope and despair intensifies every moment to levels that can never be equalled, only bettered, until betterness becomes an impossible dream, and the dream replaces hope and reality replaces despair and we turn to our collected symbolism to remind us of who we are: To tell us why to be.

With every corner of consciousness cleansed of its precedents we, sterilised, return to the fold ready to watch the world with eyes screwed tightly shut. Purged of the old, the new becomes the norm becomes the old again and is torn up, chopped down and purified, razed and replaced. And everything collapses on the core. Condensed out of recognition, that core is revealed to contain nothing but the void onto which reality is projected, accepted, absorbed and represented. Equivalence. Equidistance. A solid state: liquified, atomised, solidified. –‘Beacons’, 2014 MadeScapes ^ 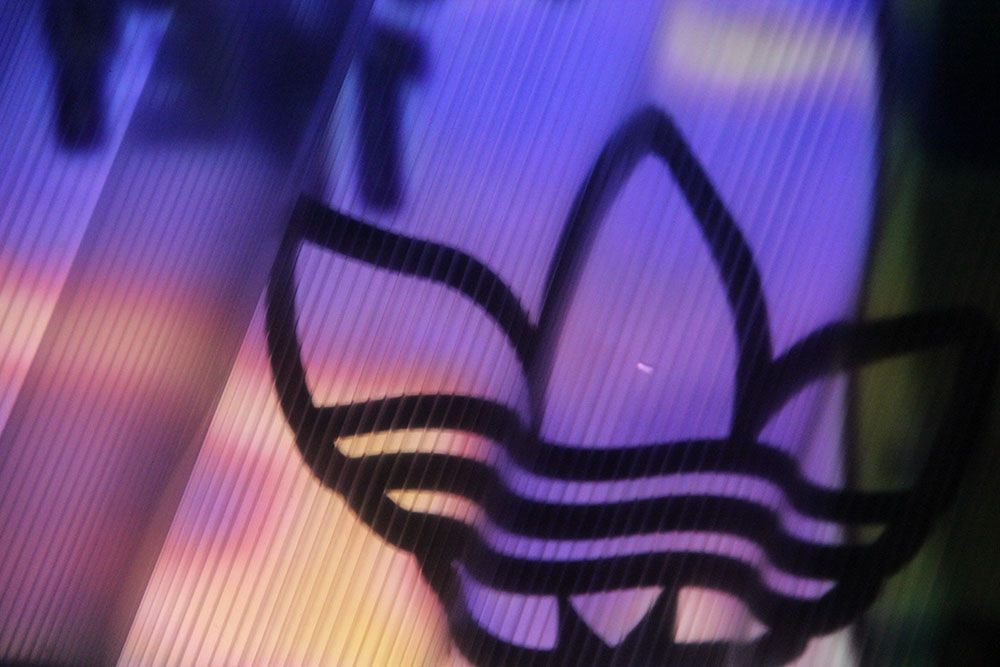 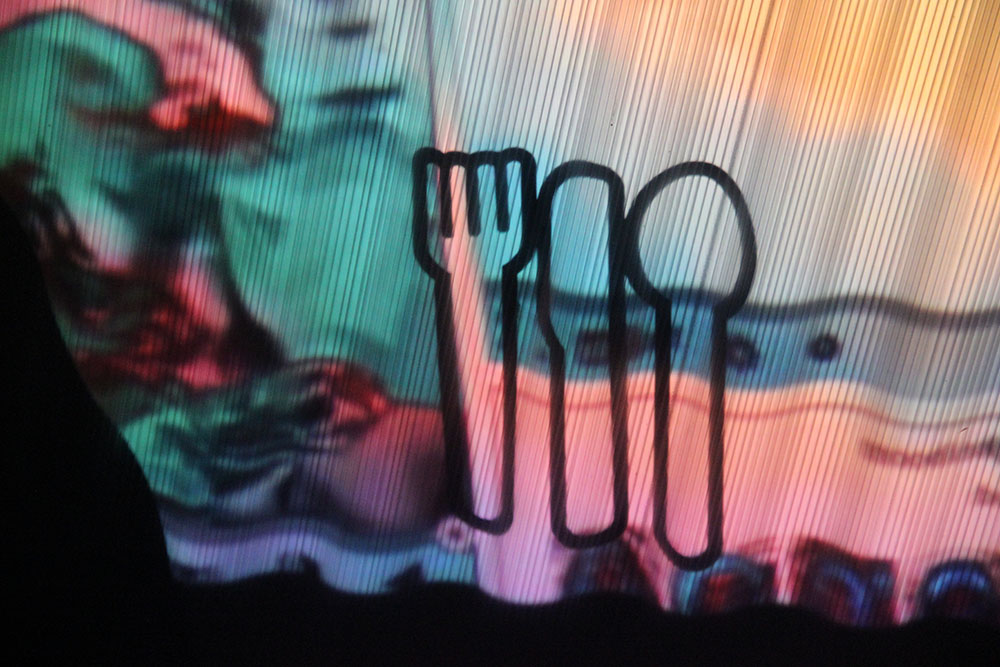 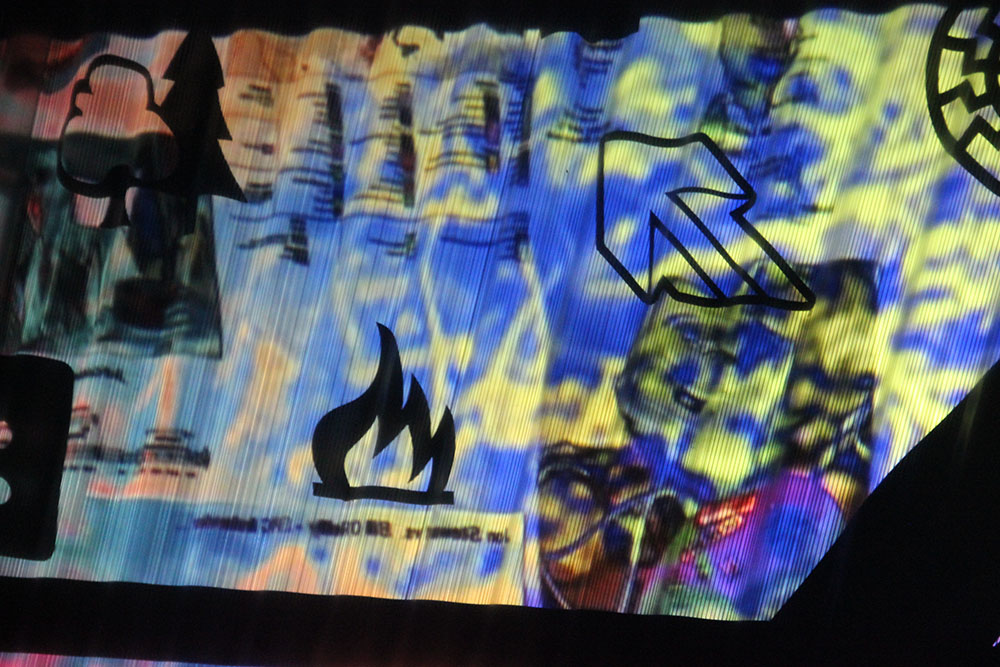 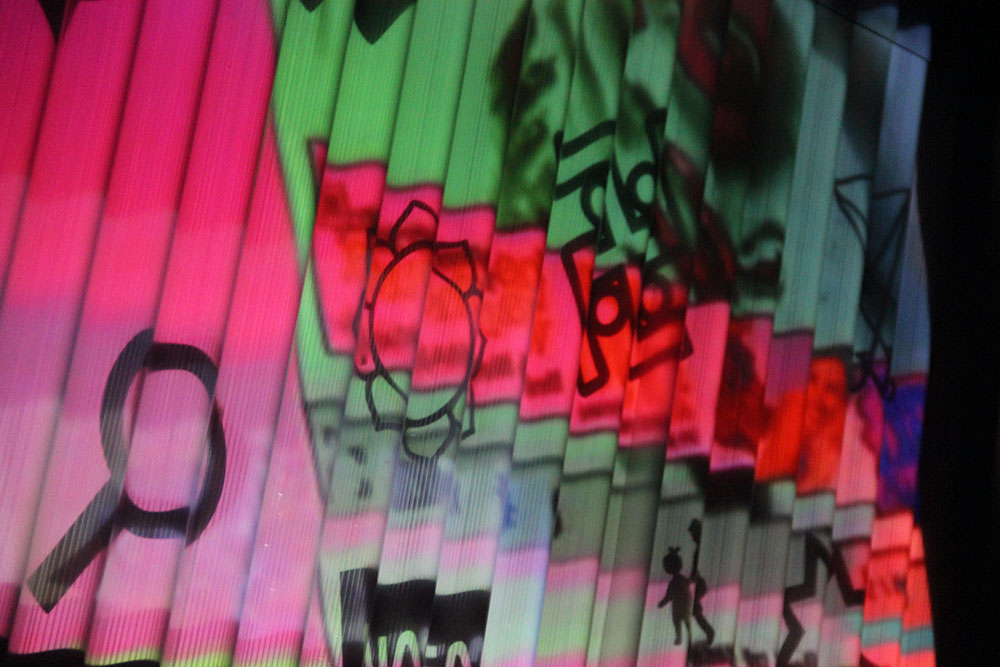 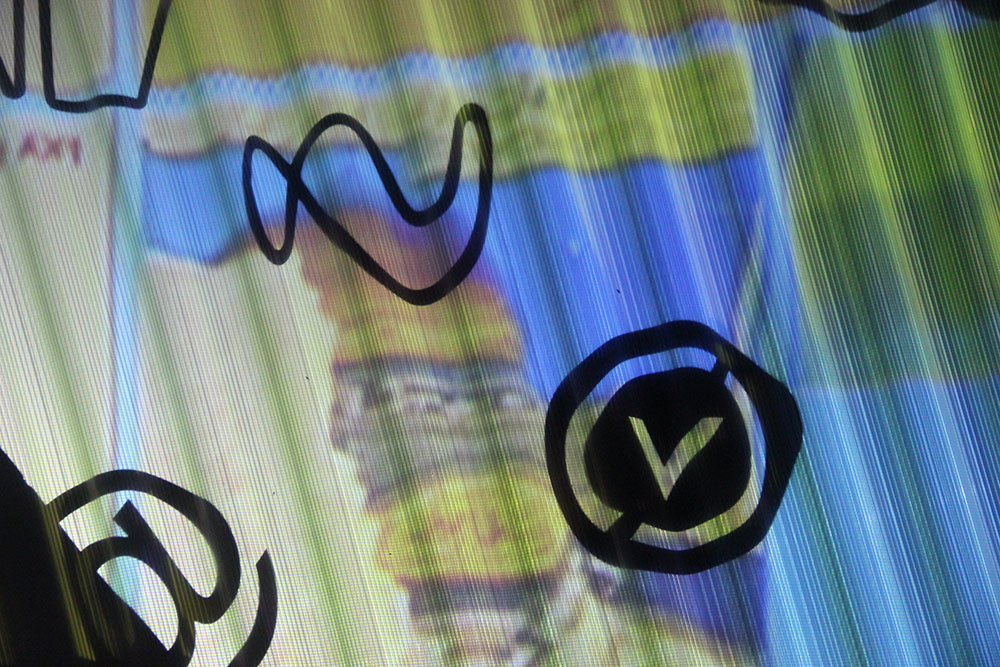