We decided on a small-scale event to be held at the bothy itself and Lucy circulated this invite on my behalf:

To the residents of Eigg,

You are warmly invited to Sweeney’s Bothy for a screening of Submerged Village, a short film by artist Andrew Black, hosted by current bothy resident, curator, Lydia Honeybone of Queer Classics.  This will be followed by an informal discussion around the meanings of the word ‘queer’, and its multiple cultural connotations and associations, and how a queer existence can fit into a rural context.

Andrew Black is a queer artist, community advocate and chef born in the North of England, now living in Glasgow.  His video work uses personal and found material to look at ways of storytelling through film.  Submerged Village uses footage of rural Yorkshire and the West Coast of Scotland to claim (or reclaim?) queer experience in these locations, exploring fantasy, anecdote, sexuality and desire.

Arrive at 7.30 for 8pm screening, herbal tea and bothy-baked bread provided for warmth and sustenance.

The film includes clips of pornography, nudity and graphic descriptions of sexual acts and may not be suitable for those under the age of 18.

Queer Classics is a screening platform founded by Lydia Honeybone to bring LGBTQIA+ cinema and artist’s moving image to Glasgow (and beyond) recent projects have included programming for the Centre for Contemporary Arts, Gallery of Modern Art and Govanhill Picture House.

Lydia Honeybone is an arts curator and film programmer born in South London, now living and working in Glasgow.  Though having lived in cities all her life, her curatorial concerns are ecofeminism, queer culture and identities outside of city-centric landscapes.  In particular, her focus is on the interplay between queer and non-urban methodologies and ways of living, queerity and ecology.

Appropriately, it was a full moon on the night of the screening, and between 7.30 and 8pm, four brave souls donned head torches and waterproofs and made their way up the hill in the storm to Sweeney’s Bothy.  We broke bread to break the ice and I gave a short introduction to the film and Andrew’s practice, contextualising what we were about to view. 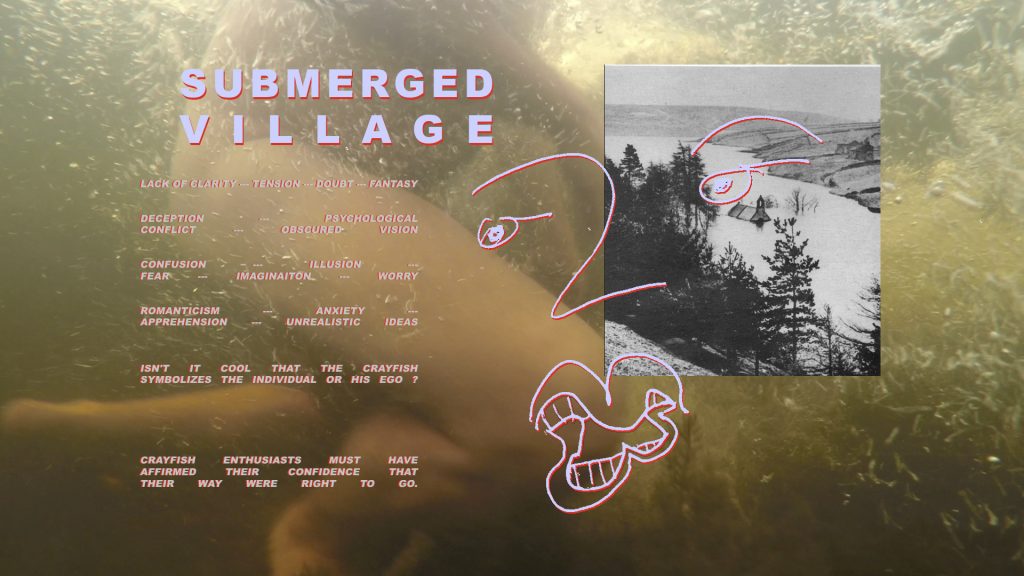 Submerged Village was filmed in bothies within the rural landscapes of the west coast of Scotland, alongside found amateur archaeological footage from a ‘submerged village’ in an unnamed part of pastoral Yorkshire.  It has long been an ambition of mine to take Submerged Village out of the city and return it to a rural context.  This was to be the film’s first screening outside of a major city.  I was interested to see what residents of Eigg would make of the film.

After the screening I was keen to hear everyone’s thoughts.  My first question for the small bothy audience was did they think the film romanticised the landscapes it depicted?  Interestingly, the general consensus was that the ‘landscape’ had not made an impact to the Eigg residents, who were accustomed to passing the stunning vista of a snow-peaked Rum, or winding, single-track country roads on a daily basis.  The landscape in Submerged Village that, for me as a life-long urbanite, had been so striking, was to them transient, inconsequential. 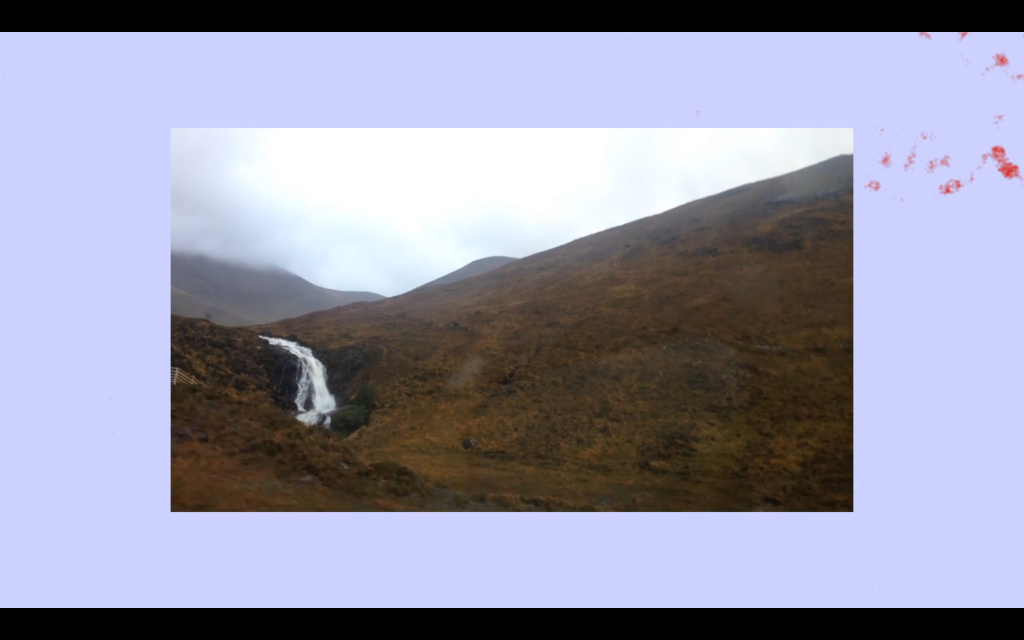 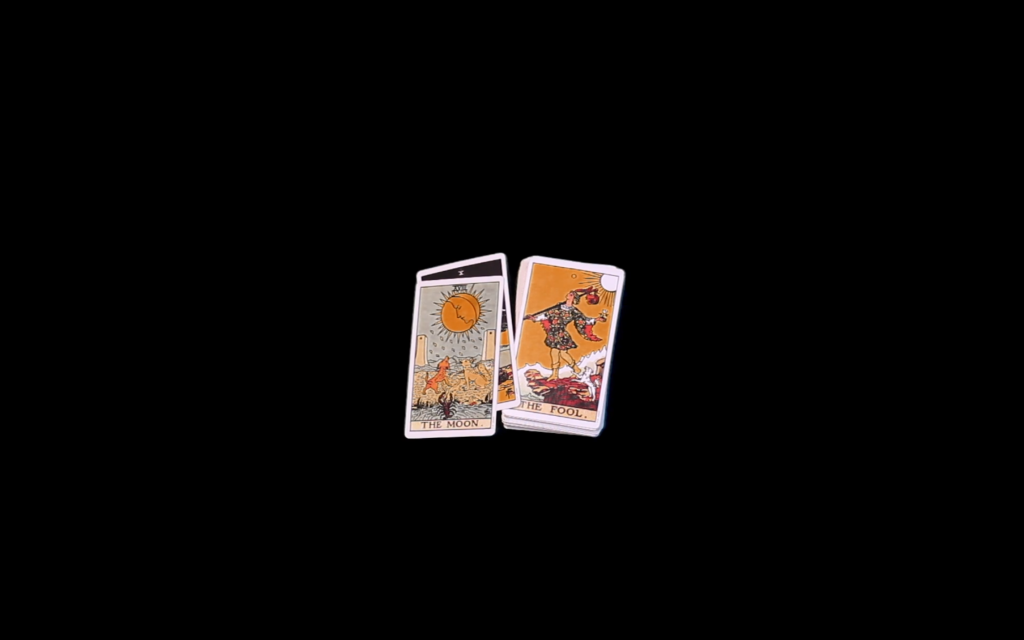 Tarot came up a lot in discussion, since location registered as ubiquitous, the focus shifted to other aspects of the film such as the symbolic meaning of the Moon card that appears frequently throughout the film.  The binaries of queer/urban/heterosexual/rural did not alienate the audience as much as those who had an understanding of Tarot and those who did not.  Those who felt in the dark, left searching for meaning in the symbolism were more distanced by this aspect of the work than any of the overtly queer content.

That said, we went on to talk at length about the ‘I IDENTIFY AS A TOASTER’ scene.  The irony and garish stupidity of this piece of bothy graffiti Andrew finds on his travels in the film was obvious to me but an audience, not invested in queer culture who were concerned with political correctness, were left wondering if a toaster was possibly another T in the LGBTQIA+ alphabet. 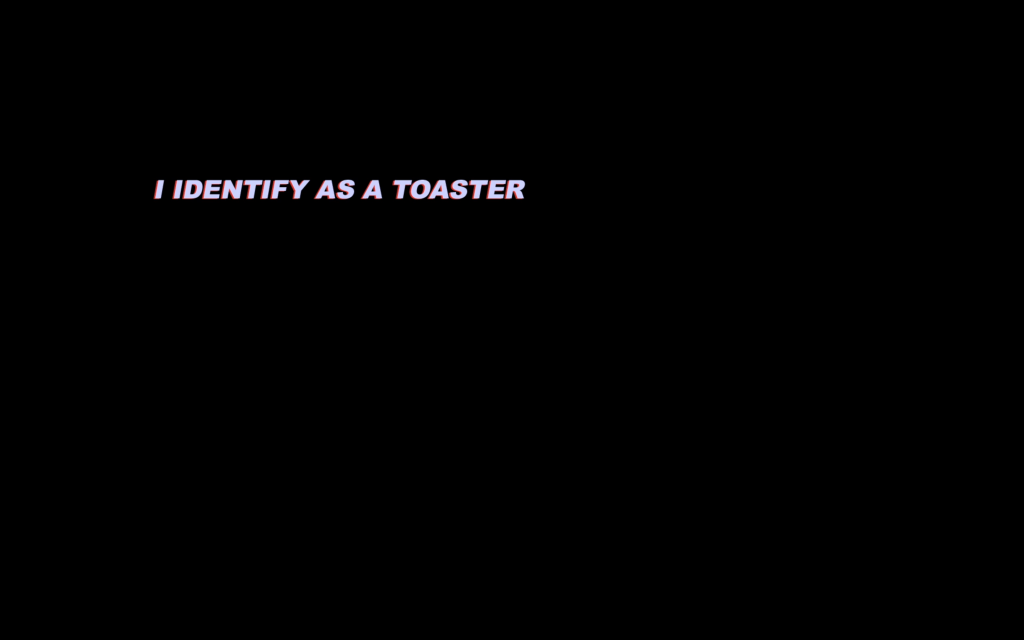 Another thematic of conversation post-screening was silence.  It seems we cannot talk about identity without talking about who is left out by definition.  The usefulness of binaries.  Of all the books I brought with me to the island, Audre Lorde’s Your Silence Will Not Protect You and Rebecca Sonlit’s The Mother of all Questions (including the essays on silence; A Short History of Silence, Every Man an Island: Male Silence and Silence: The Cages) were amongst my bothy reading list.  So, the power of silence has been at the front of my mind while here.

As we got to know each other we became more confident speaking, less afraid of making a mistake, using a word wrong, whether that word was, ‘queer’, ‘black’ or ‘toaster’.  This to me highlighted the importance of breaking our silence.  To quote Lorde,

The fact that we are here and that I speak these words is an attempt to break the silence and bridge some of those differences between us, for it is not difference which immobilises us, but silence. And there are so many silences to be broken.

I realise the best thing we can do for each other is to speak up.  It is the only way our communities, rural, urban, queer, straight can support and learn from one another.

It is at these intersections that we can grow.  The identities we claim are maybe more malleable than we realise.  What we have in common, us queers and islanders, is perhaps that outsiders perceive we have a choice.  I have no choice in my sexuality (as the old adage goes ‘love is love’) but as I spoke with the Eigg residents I realised living here was less a choice, more a calling.