The primary purpose of the residency was to gather first hand research for a video game that I am co-developing, a wood cutting/chopping game. Whilst I stuck fairly rigidly to that goal I allowed myself to pursue the unexpected tangents and avenues of investigation that come with a residency. This ultimately benefitted the variety and quality of documentation for the project. I set about collecting a comprehensive volume of photographs that formed the majority of the visual research. These images examined landscape composition and forest layout at a macro scale. At a micro scale I was inspecting things such as bark texture, shadows, lichen and wood grain patterns. Through video I was looking at things like tree behaviour, studying how they move in the wind within a forest as well as in isolation. Video enabled me to investigate how wood breaks apart under the axe and how grain structure affects logs being split. With sound recordings I began to explore and develop the audio for the game, in both ambient and action based sound work. I found myself constantly in my sketchbook, drawing and writing about the game mechanics as well as the narrative by trying to inhabit (both mentally and physically) the character you play in the game. 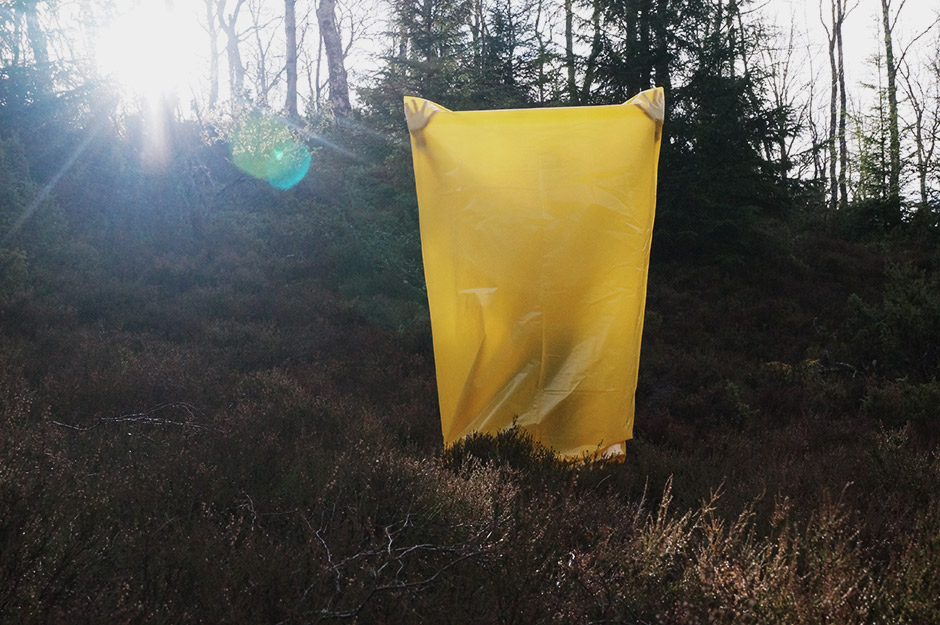 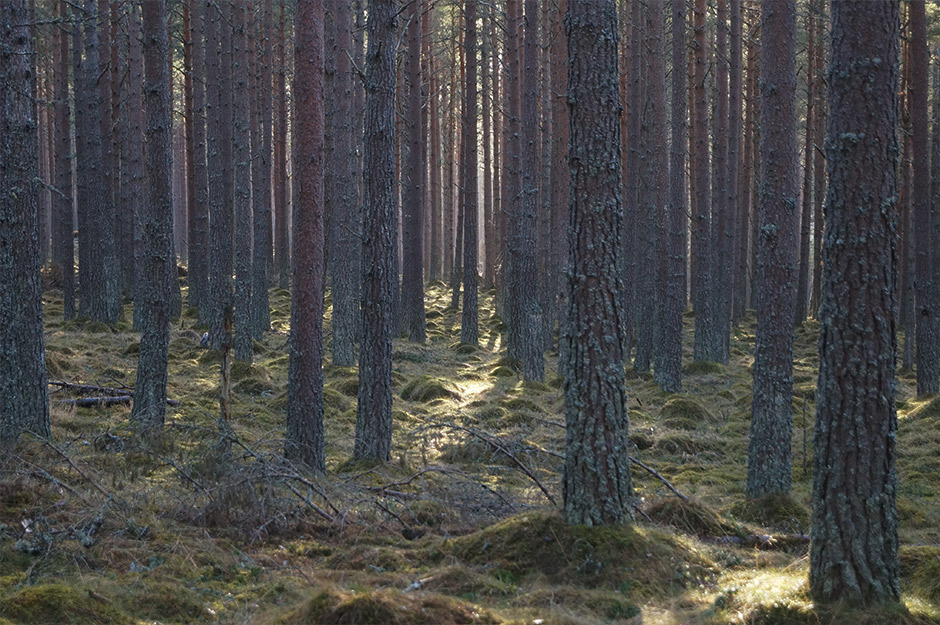 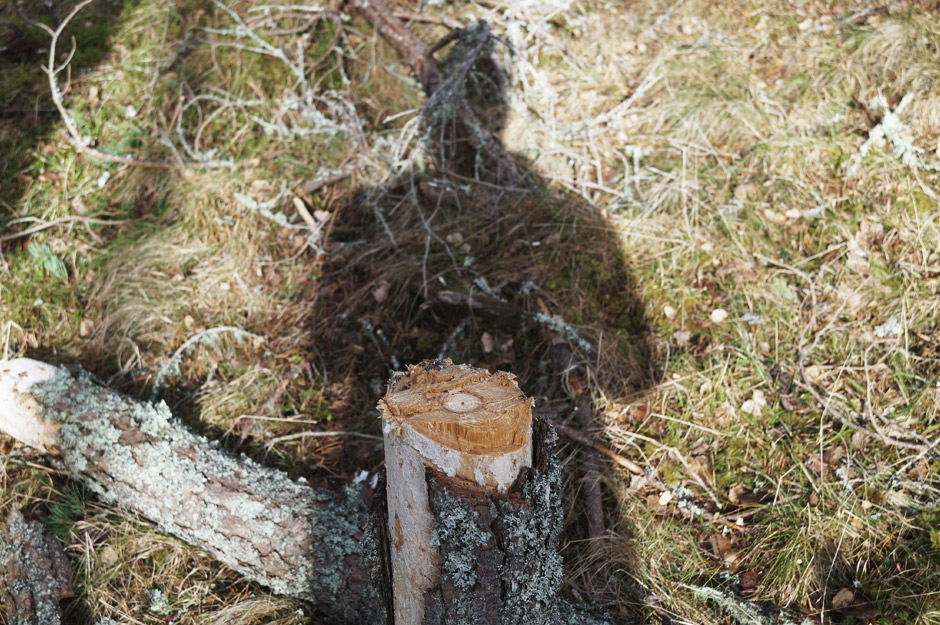 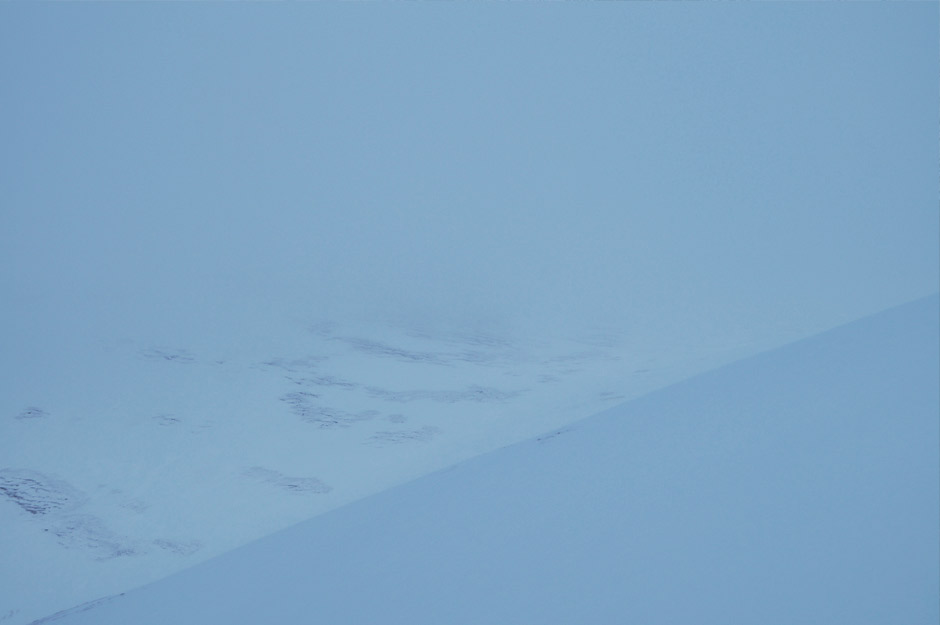 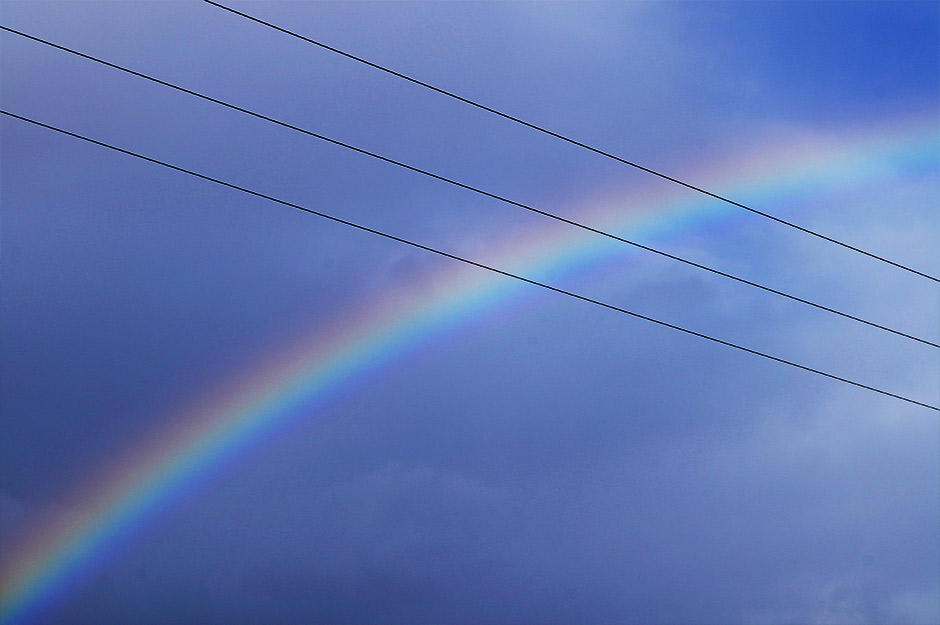 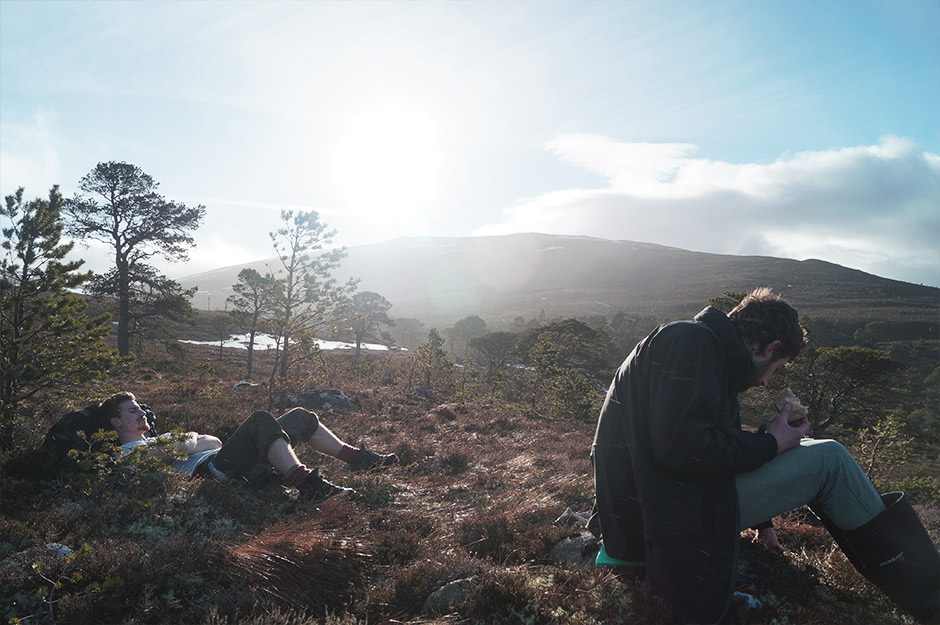 When reflecting on our time at the Inshriach Bothy, I am very glad that I didn’t arrive for the week with too many preconceptions and grandiose plans. Packing a good variety of equipment and tools meant I felt confident that I at least had the potential to perform a wide range of tasks if an idea came calling.

However, it was the automatic change of pace to daily life (which inevitably comes as part of the package of staying at ‘the bothy’) that proved to be the most valuable part of the experience. Rather than being an occasion for grandiose schemes, it became a week of simple pleasures and simple adventures; a time to observe, explore and put my practise and ideas into perspective.

Having the time to assess my current projects in the context of this residency has been a real treat. However I also return with a renewed confidence to start writing a set of short stories that I have wanted to begin for some time now. A collection of photographs that I took during the residency will act as the catalyst for the first stories I write. 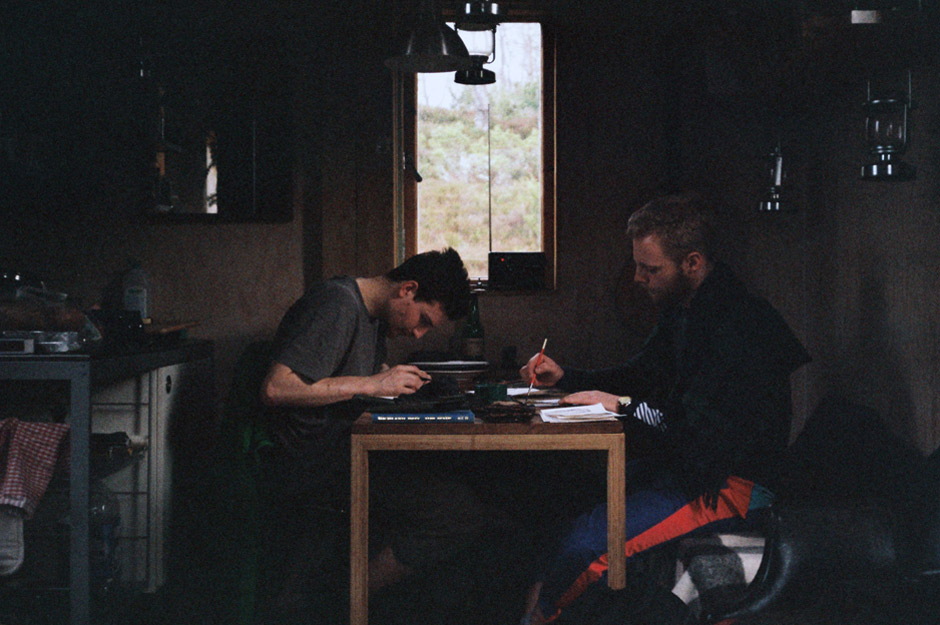 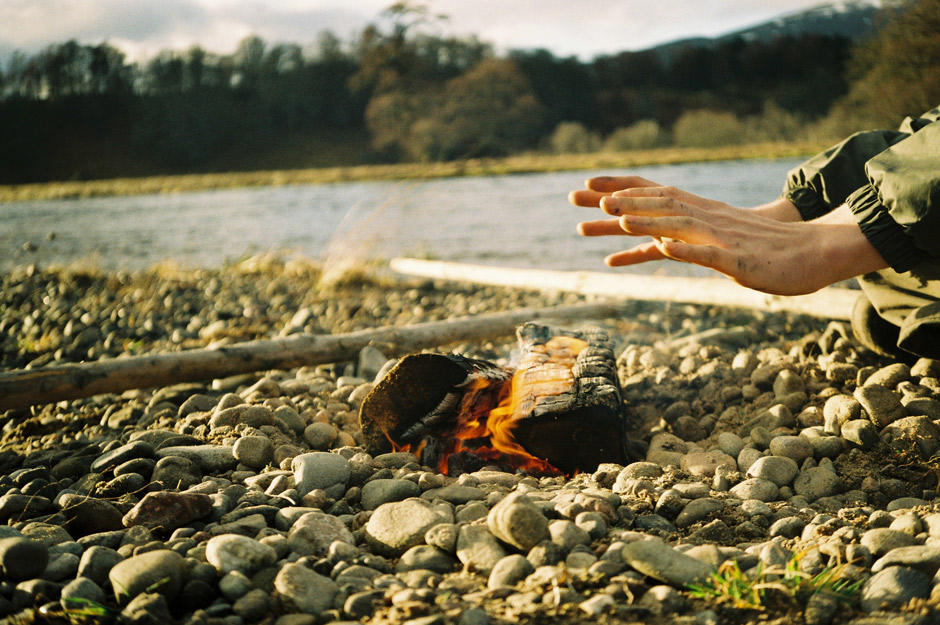 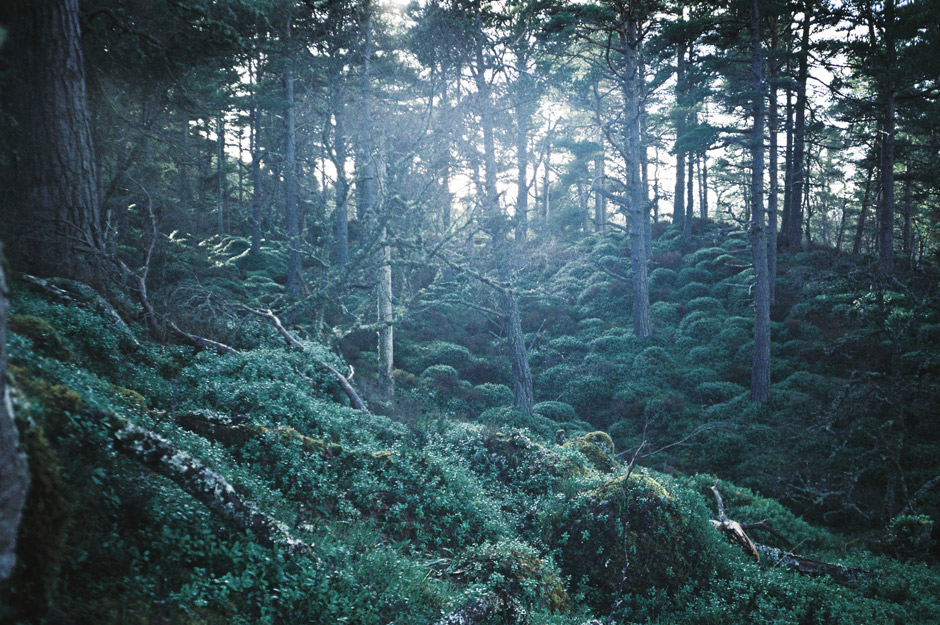 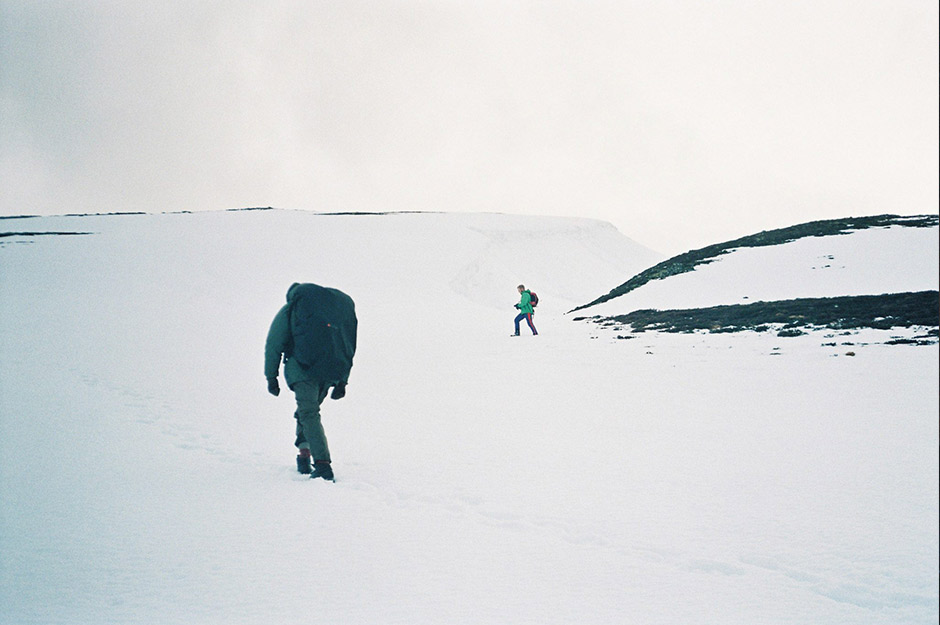 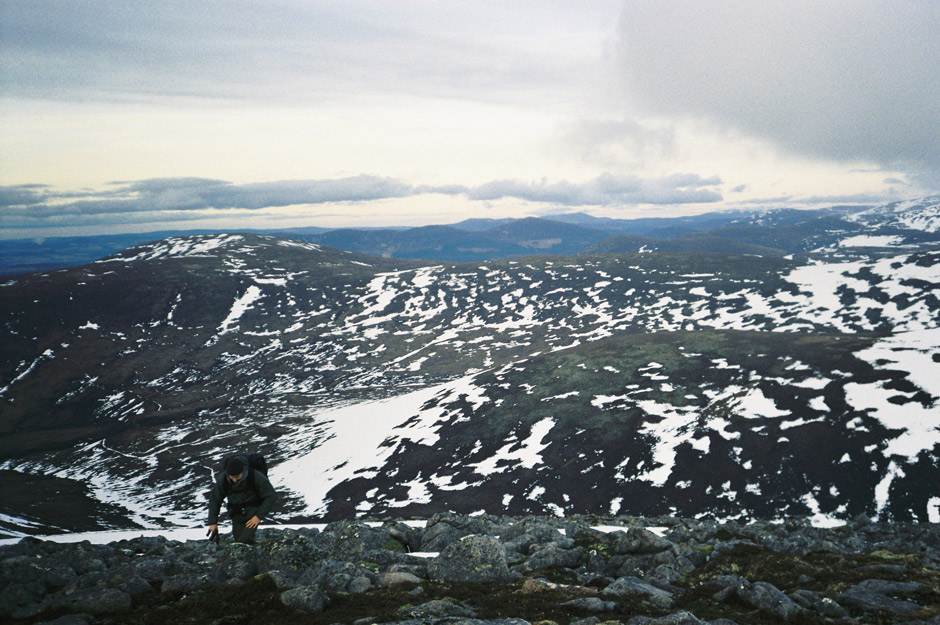 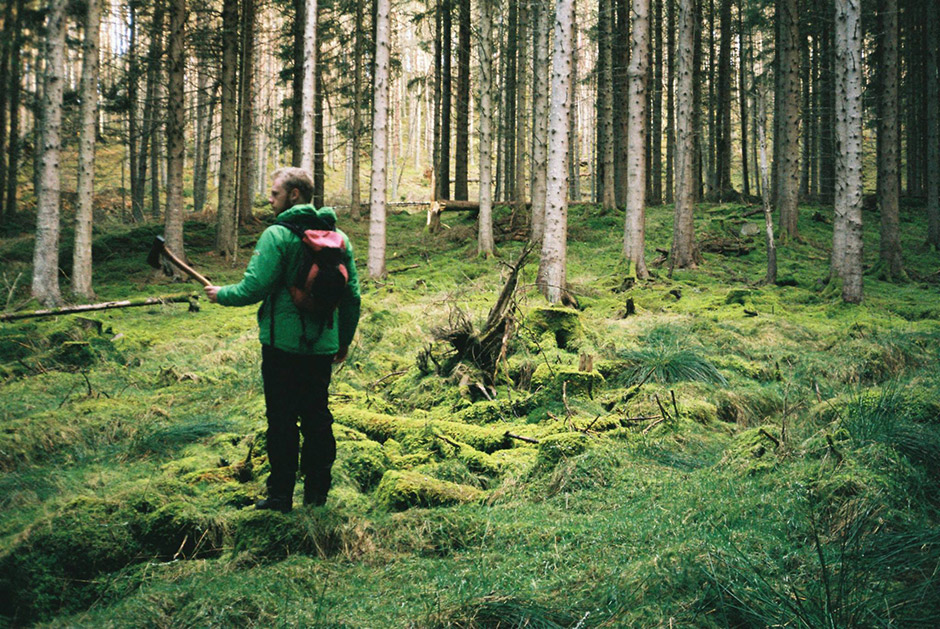 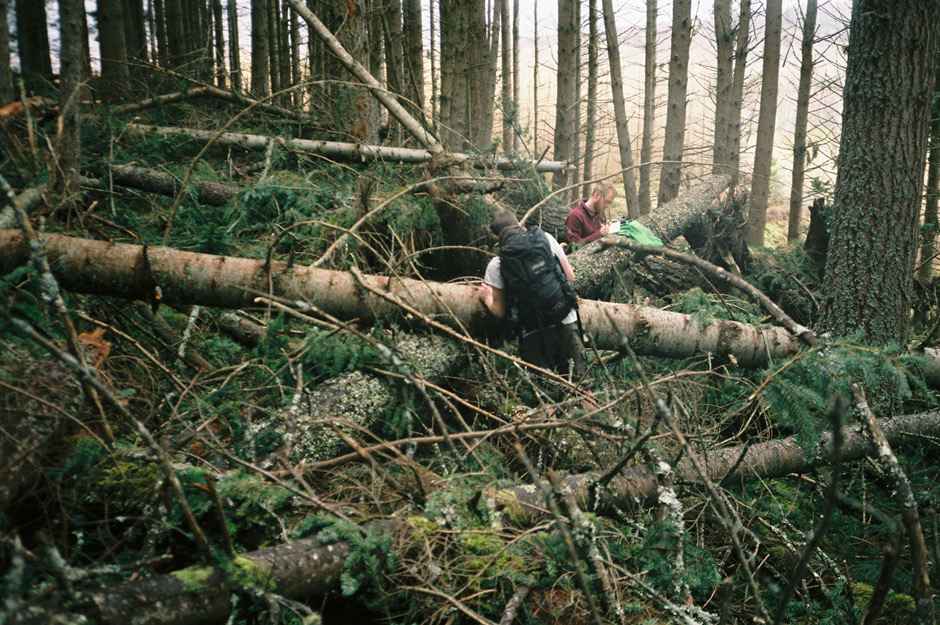 The Inshriach Bothy is as peaceful and humble a retreat as you could imagine, having all the best qualities of that den that you built in the woods with your friends, the architectural and aesthetic aspects of an apollo lunar landing craft and inside what feels at times like a longhouse or sea captains cabin. An incredible space for : thinking, cooking, eating, drams, discussing, music, radio, sleeping and from which to wake up and begin exploring again, a great inspiration toward building a similar quiet place in the North of Scotland sometime in the future.

Over the course of the week, we spent a lot of time taking routes through the surrounding landscape and in particular the forests and woodlands of the Inshriach estate and further afield, taking time to experience the natural phenomena which surrounded us, during the hours of light and dark. On the third day we decided to take a track up through diverse terrain, into the snow line and onto an un-named peak sitting at just under 3000 feet. I decided to document the areas of interest which where not particularly shown or named on the maps which cover the area, with 35mm film.

Using our photographs as inspiration, I am now in the midst of recording an album of short musical pieces evocative of the spaces, times and events during the week. One of the highlights was to observe venus and aurora borealis whilst stargazing on the clear eve of February 27th. 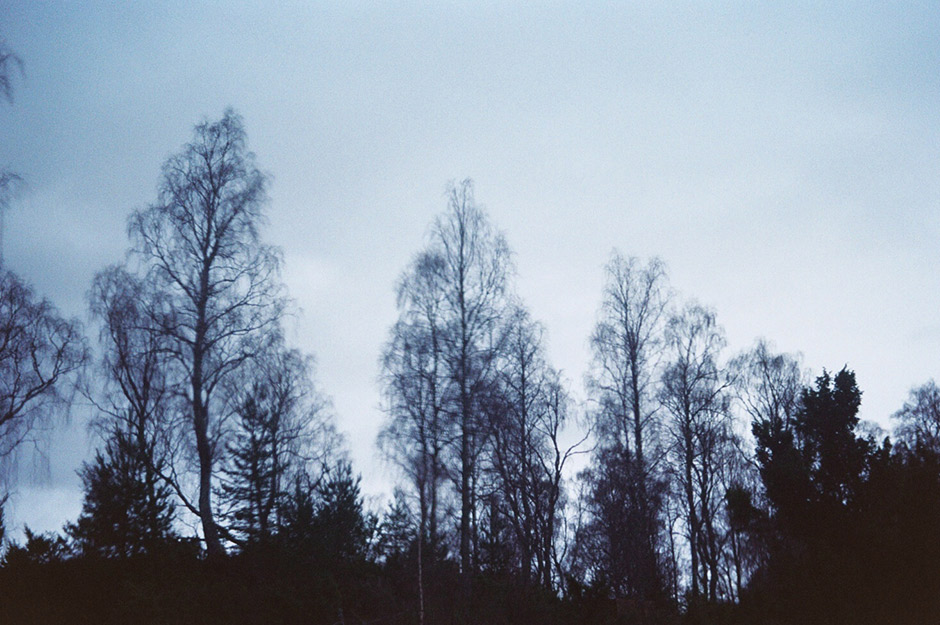 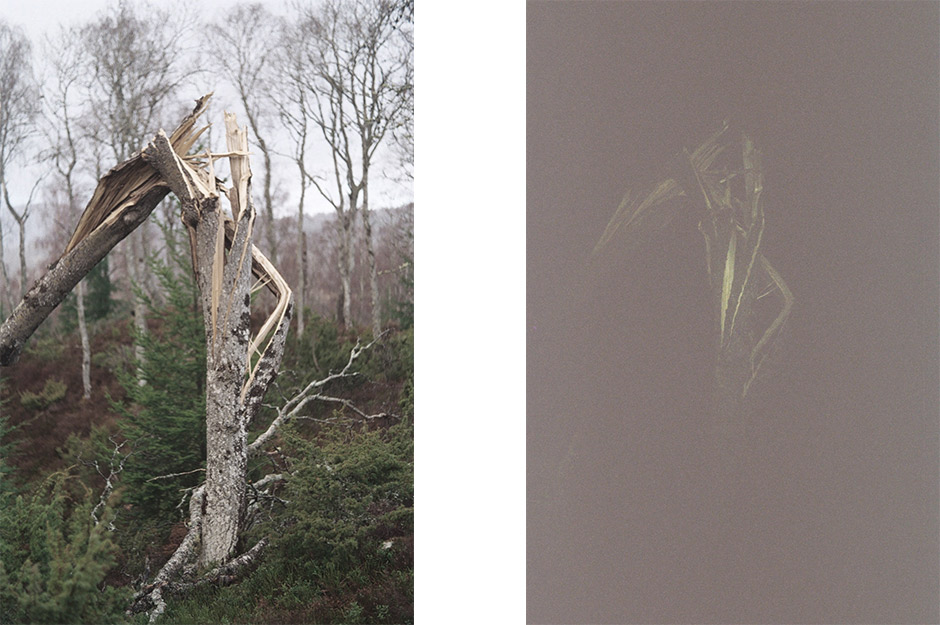 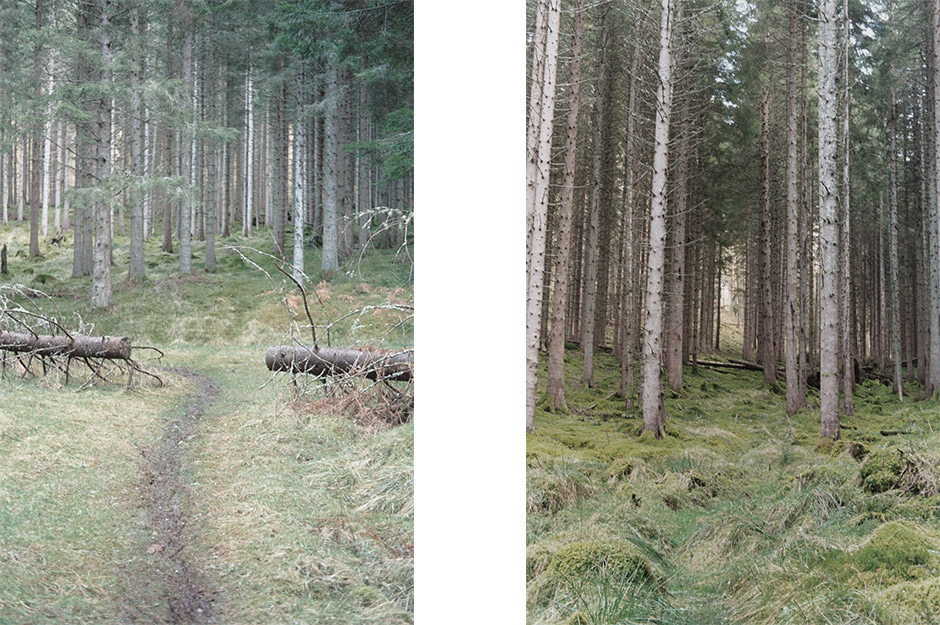 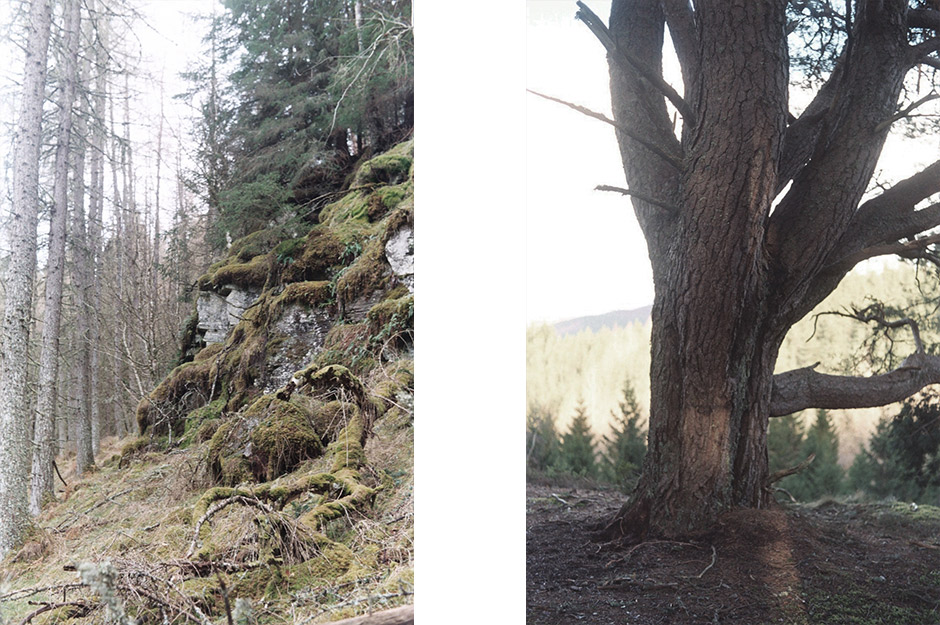 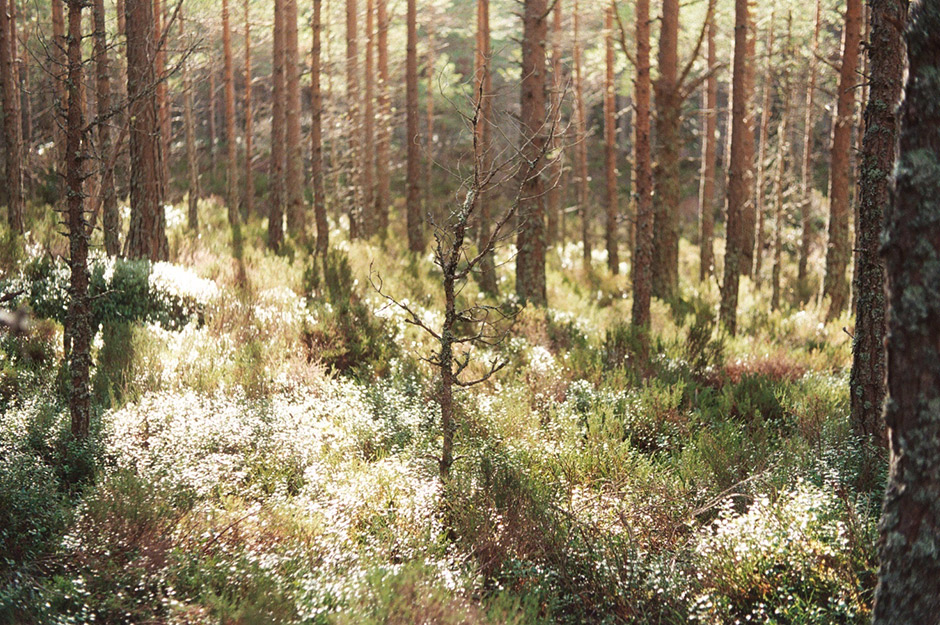 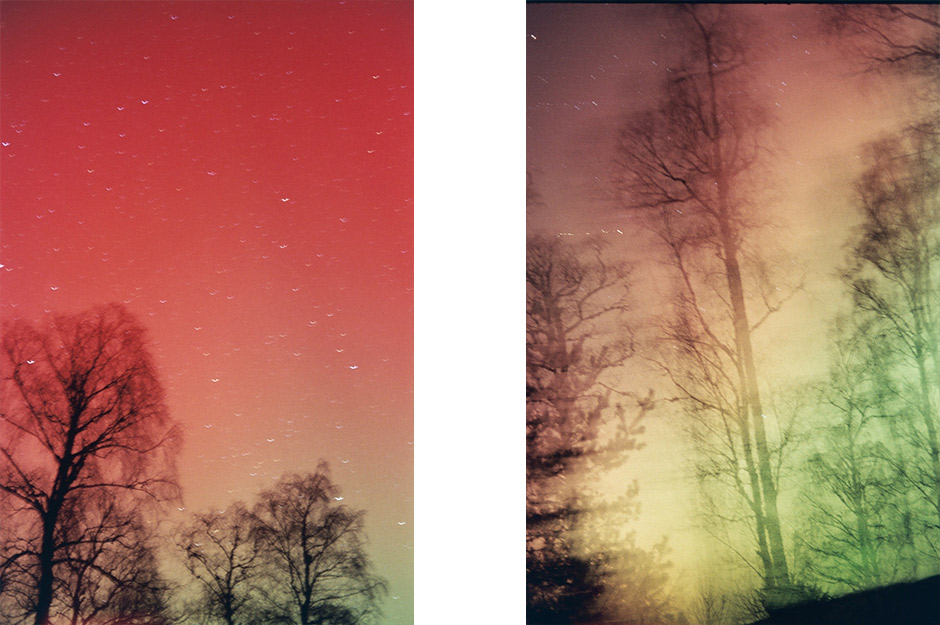 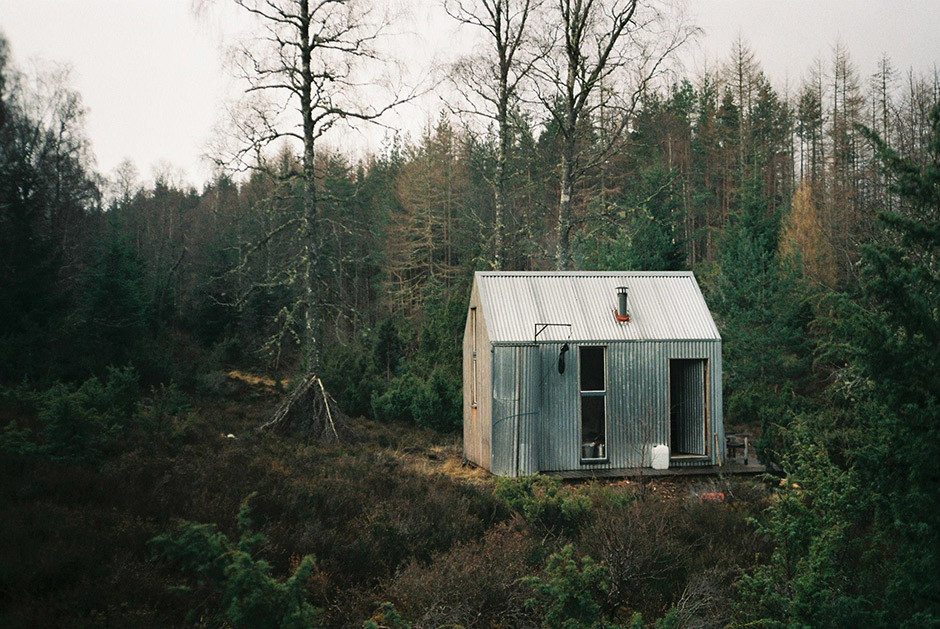 Thanks again to The Bothy Project, to Walter, The Flying Welshman and Norrie of Feshie Bridge.