I spent one week at Sweeney’s Bothy on the Isle of Eigg working on my second novel, current working title: Virtuoso. In my writing I like to work in multiple spaces simultaneously without pre-defining how these locations, situations, or circumstances inform the characters or their growth. This process requires a particular type of concentrate, to be able to conceive, hold, and cross-section all the activity concurrently.

Lucy and Eddie from Sweeney’s greeted me with “go where-ever you want on the island.”

My grandfather, who was a Russian history and literature teacher in the Soviet Ukraine, told me that in our legs we have valves that pump blood with similar intensity as those of the heart when stimulated by walking. This is why one can loosen up some writing from the heart with a good walk.

I can’t attest to the scientific precision of this statement, but from experience, yes. Back home in Paris, I am an avid walker. I walk to make more space into which the words of my body and spirit can be loosened.

But here on Eigg, this was the first time I was on a territory where nothing was off-limits, no private fields, North, South, to the shore of Laig Bay, the forest, to the valley of blue-bells, the ruins in Cleadale, East or West, to the caves embedded in the rocks in Grulin, up the hills, to the highest peak of the Sgurr and the lowest dip where the Giant stepped, to the horizon where the day begun and ended…

My first day I go swimming in the icey water off Laig bay. Two women look on. No one else goes in the water. When I get out, they call me “a brave girl.”

If I could walk it, if I could climb it, or trudge through it, I was welcome to be there.

I want to share with you some of what I saw, because it is this vastness which was gifted to my novel.

A very special thank you to Sylvia, Adam, and Shakespeare & Co bookshop in Paris for sponsoring this residency, and to Lucy, Eddie, all the residents, sheep, cows, horses, dogs, chickens, insects, plants, and visitors of Eigg. 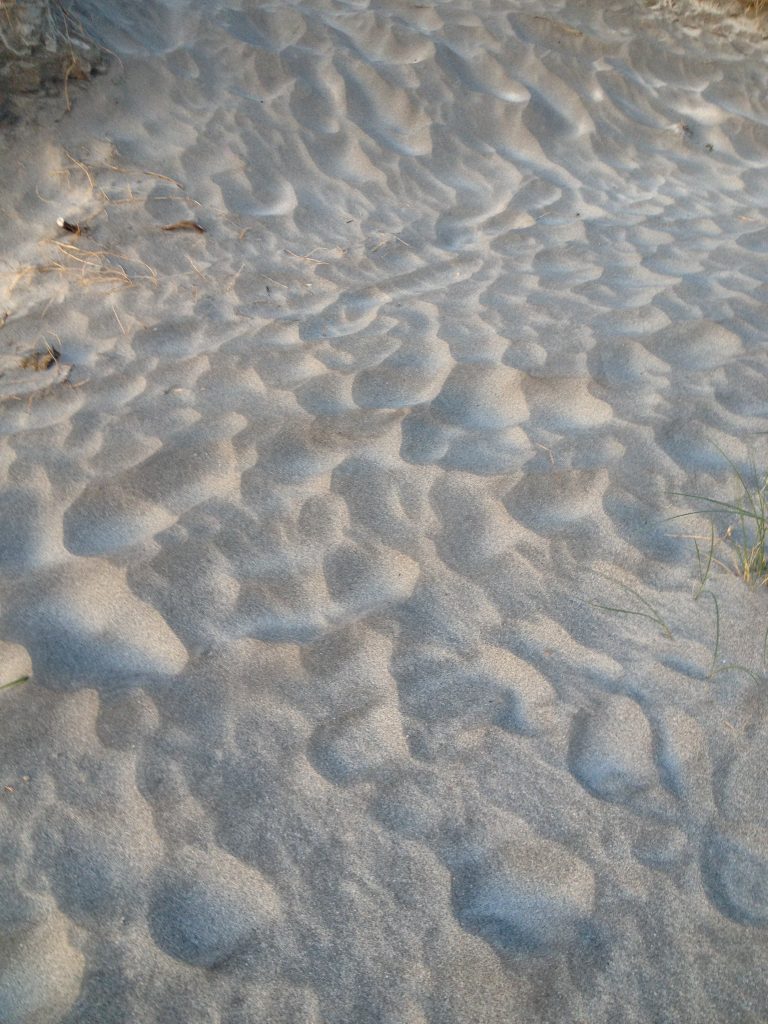 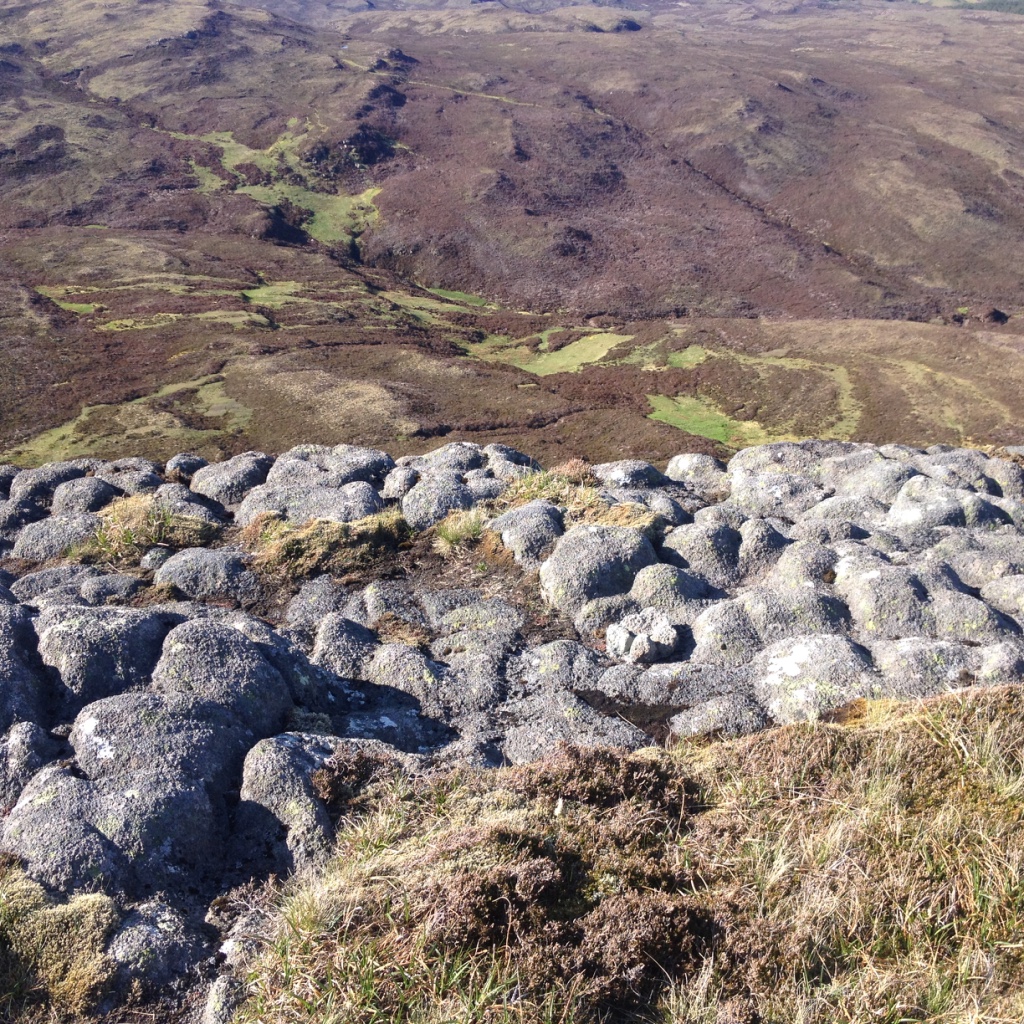 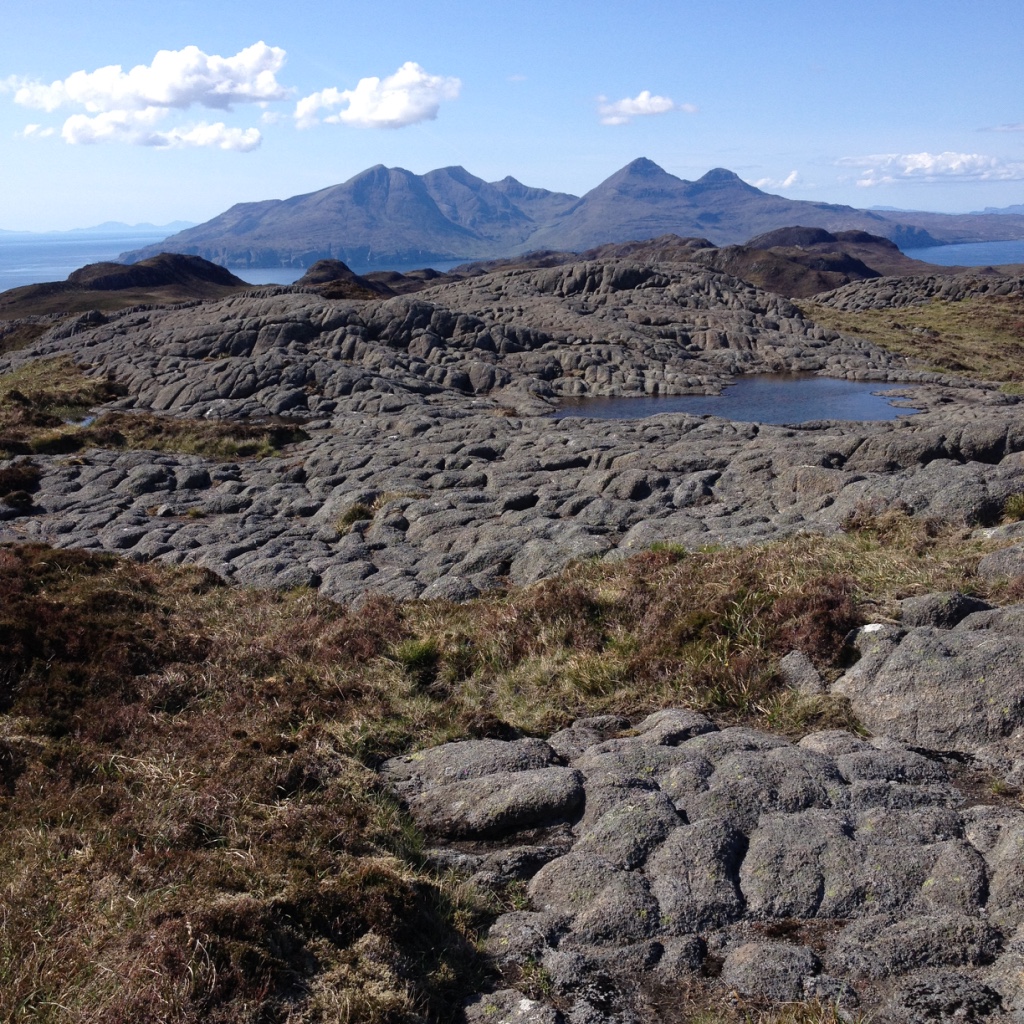 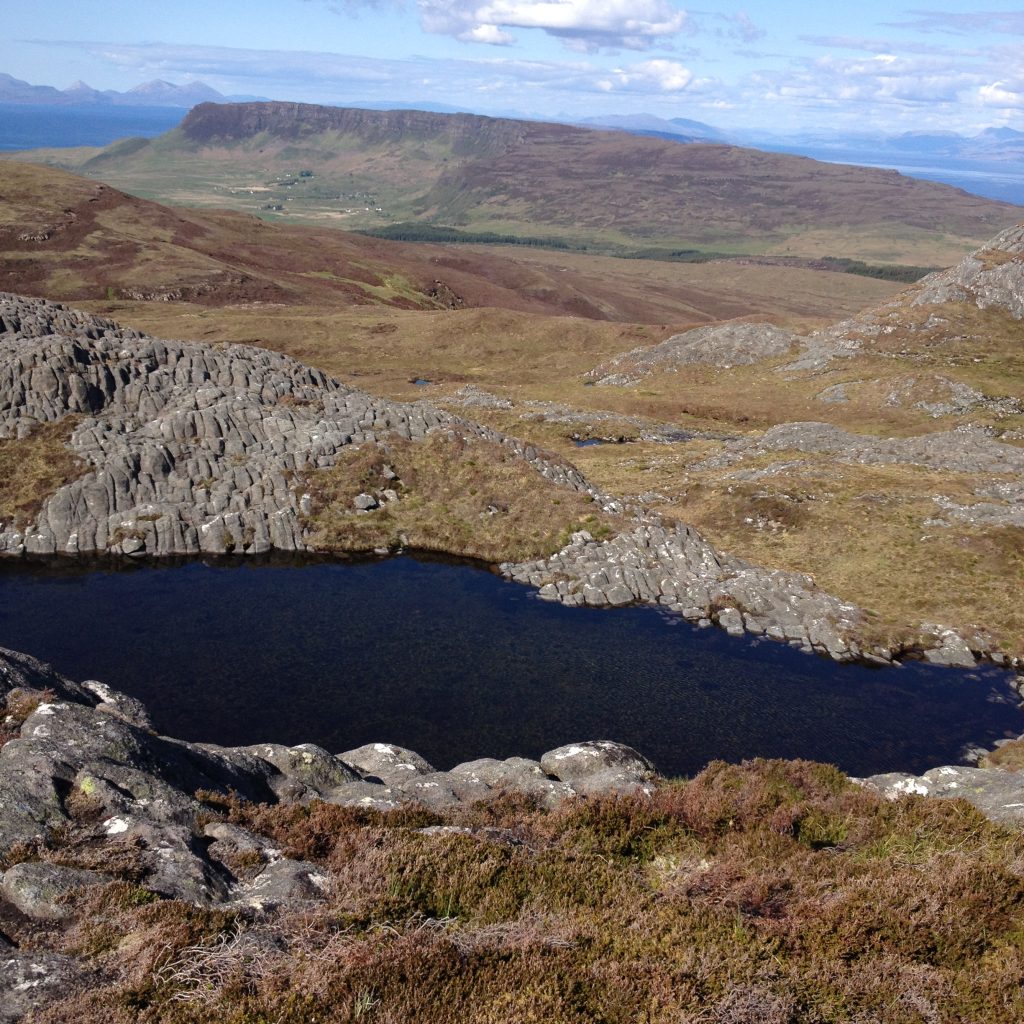 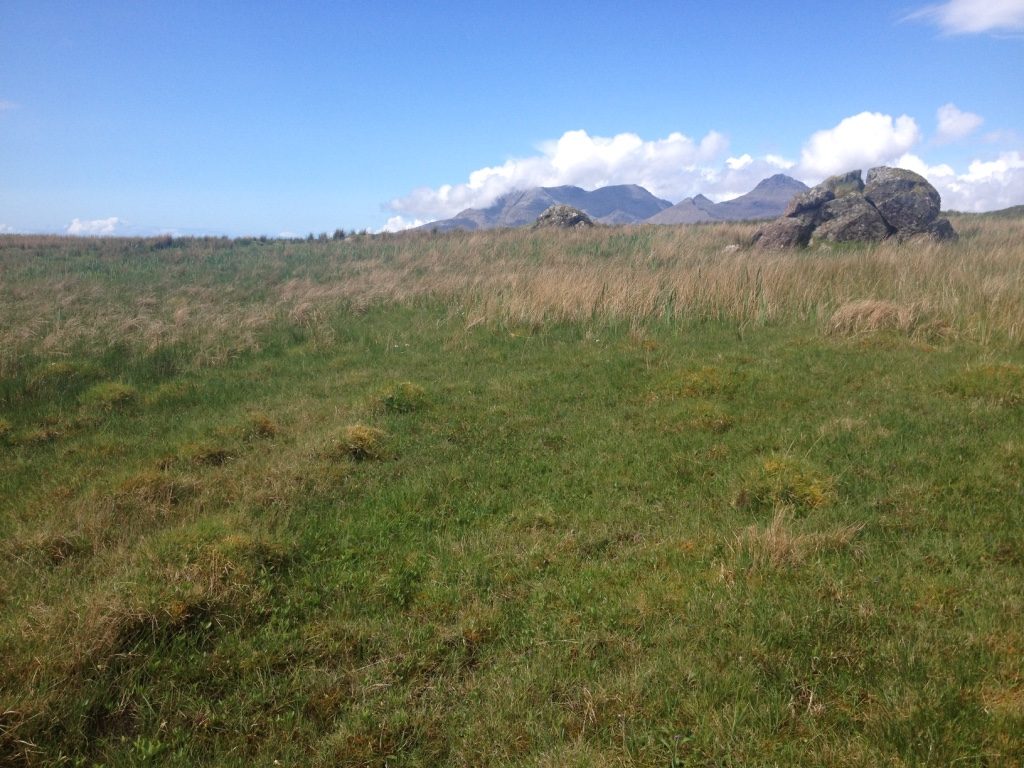 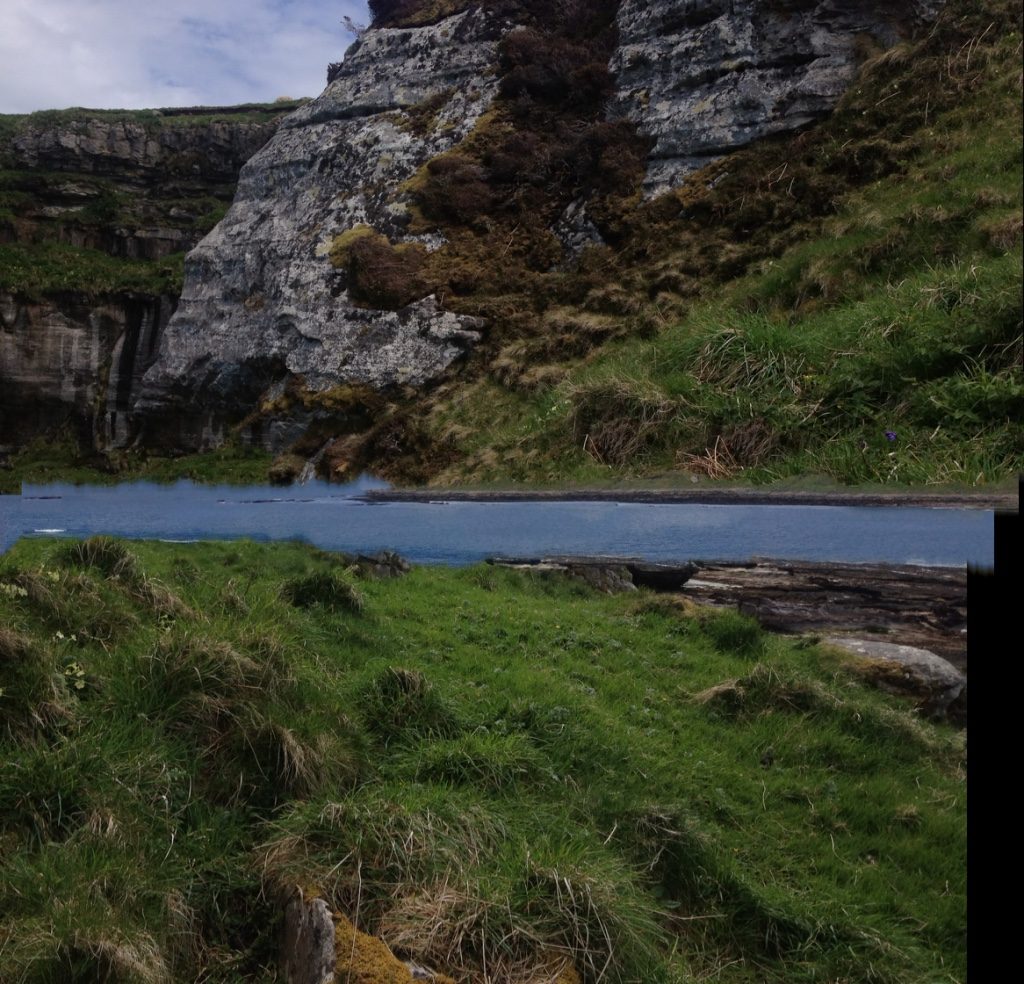 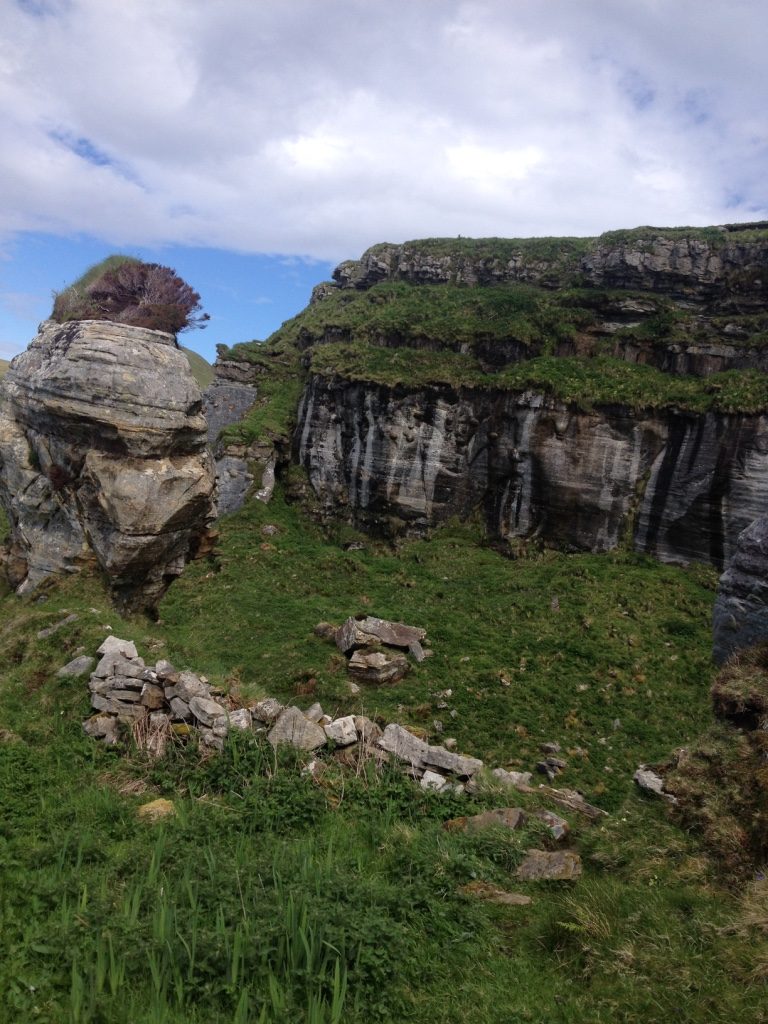 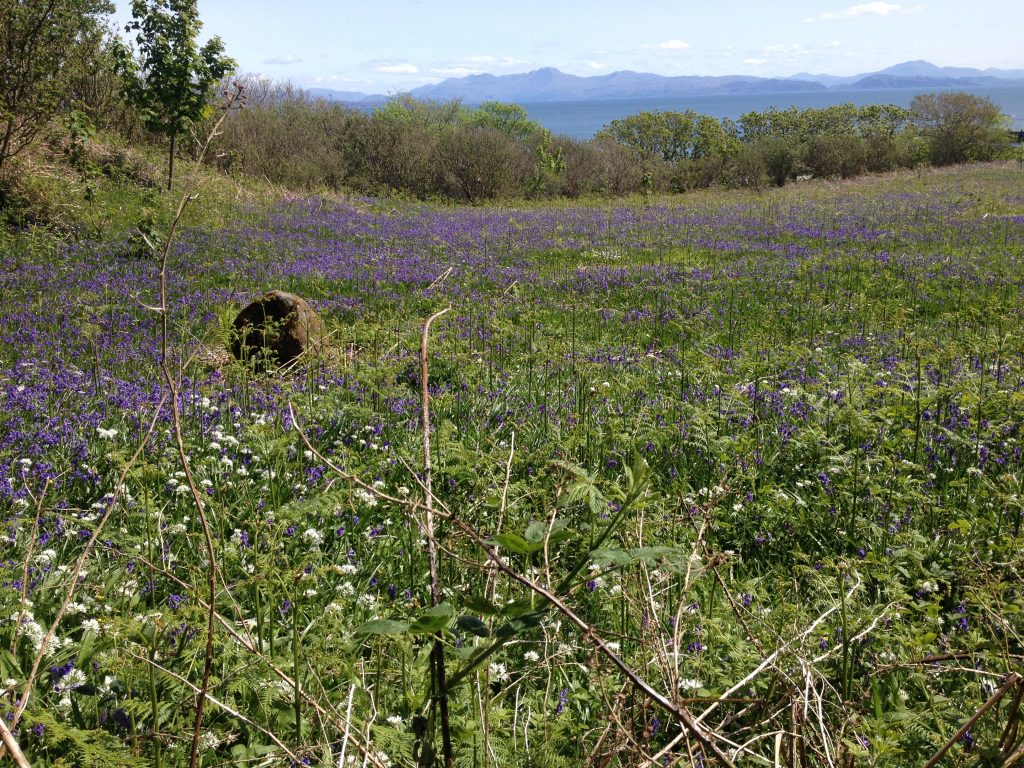 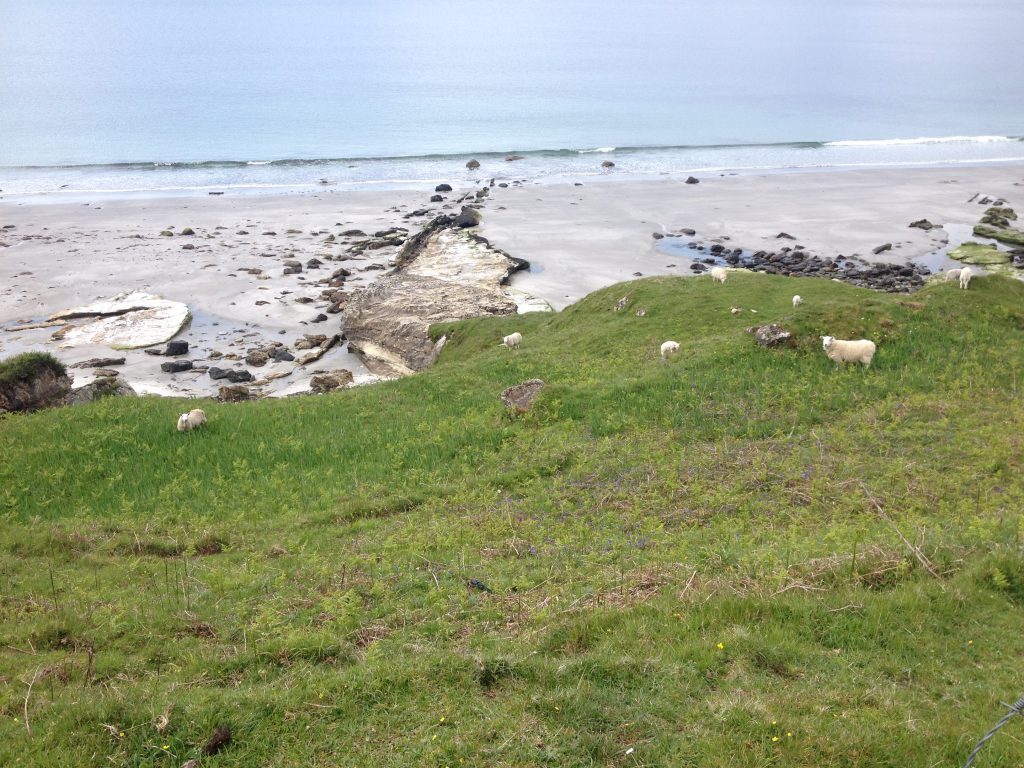 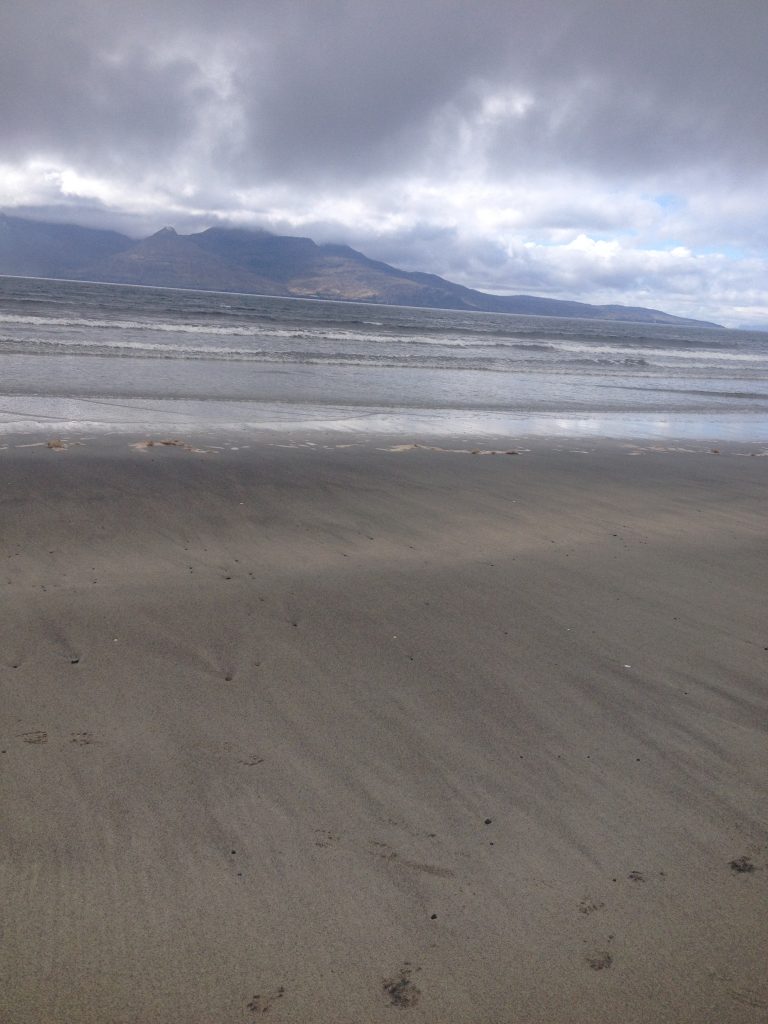 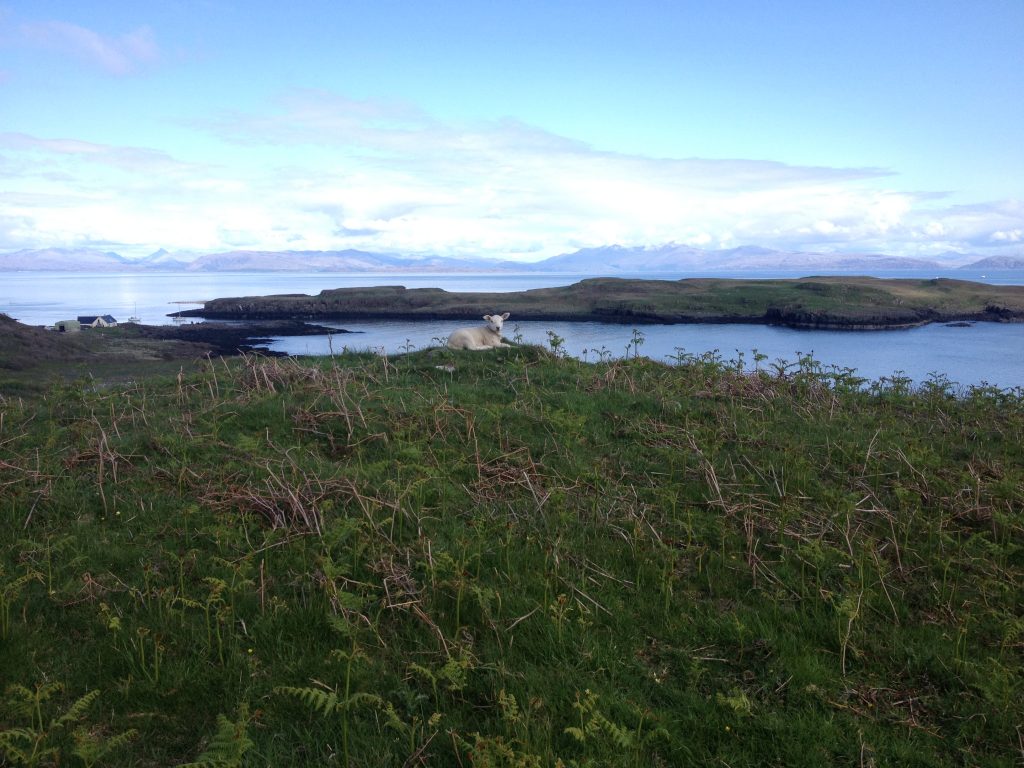 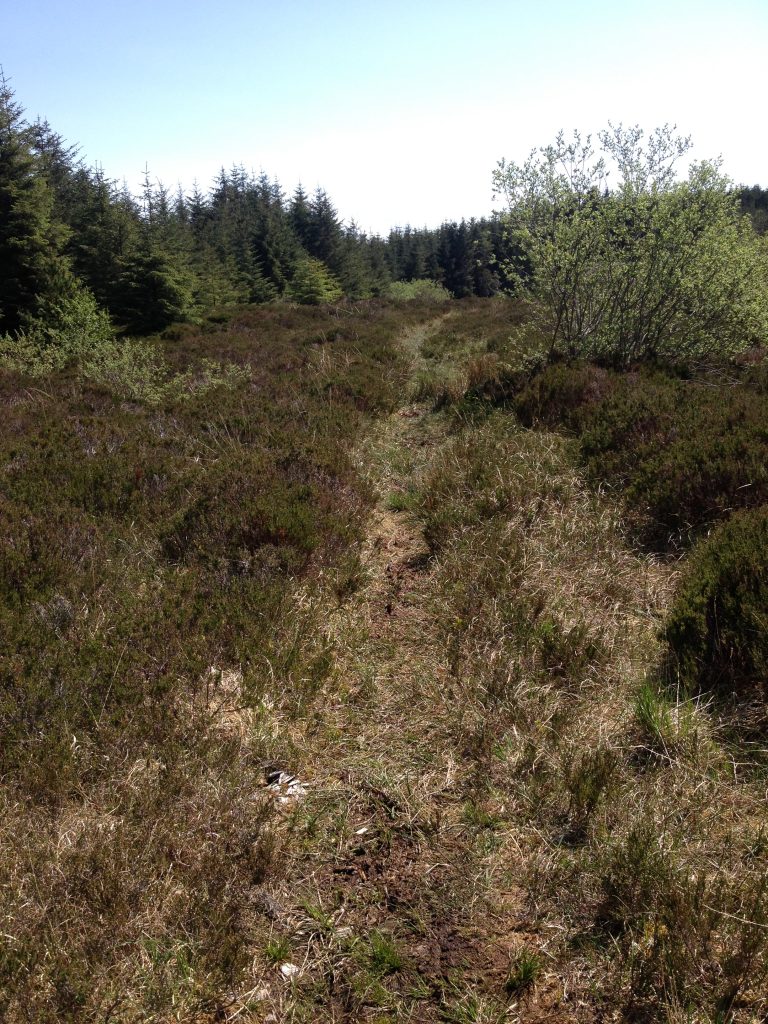 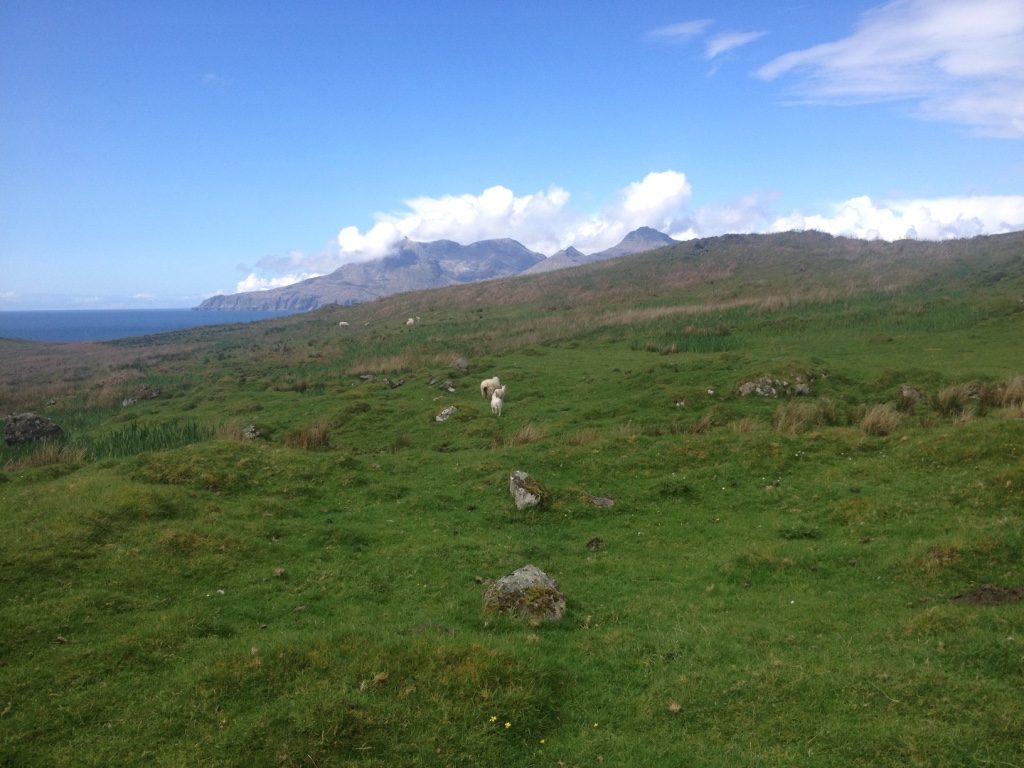 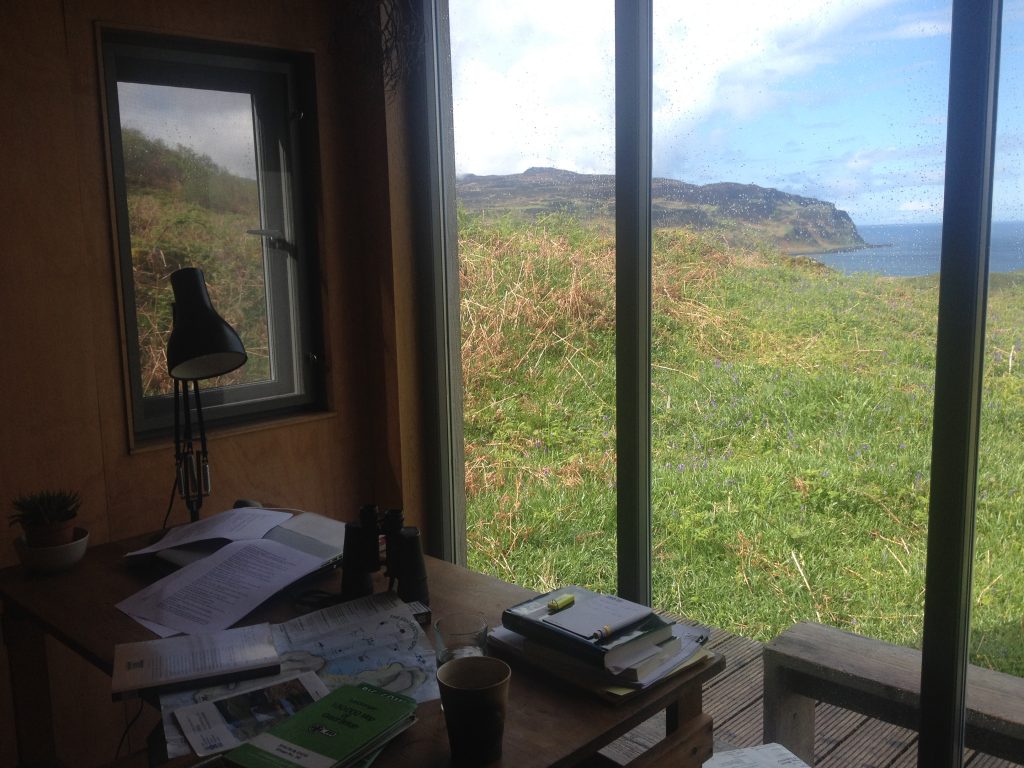 Leaving the Isle of Eigg, we get an impromptu bagpipe salute 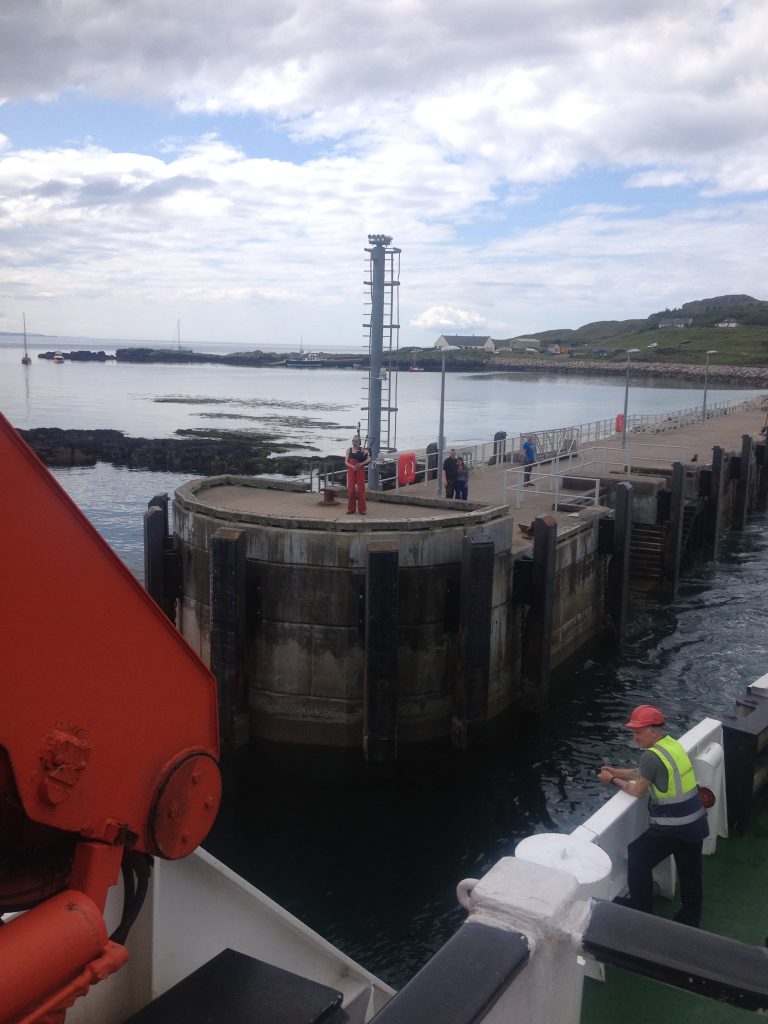